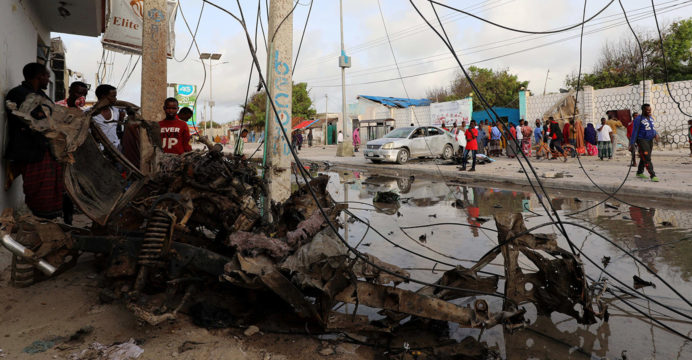 At least eight people were confirmed dead in an Islamist militant attack on a hotel in Somalia’s capital Mogadishu, a security official said Saturday, as Somali forces continued to battle gunmen holed up inside the building.

“The security forces continued to neutralize terrorists who have been cordoned inside a room in the hotel building, most of the people were rescued but at least eight civilians were confirmed dead so far,” said Mohamed Abdikadir.

Fighters from the Al-Qaeda-linked Al-Shabaab stormed the popular Hayat Hotel on Friday evening in a hail of gunfire and bomb blasts.

“The security forces rescued dozens of civilians including children who were trapped in the building safely,” Abdikadir told AFP. 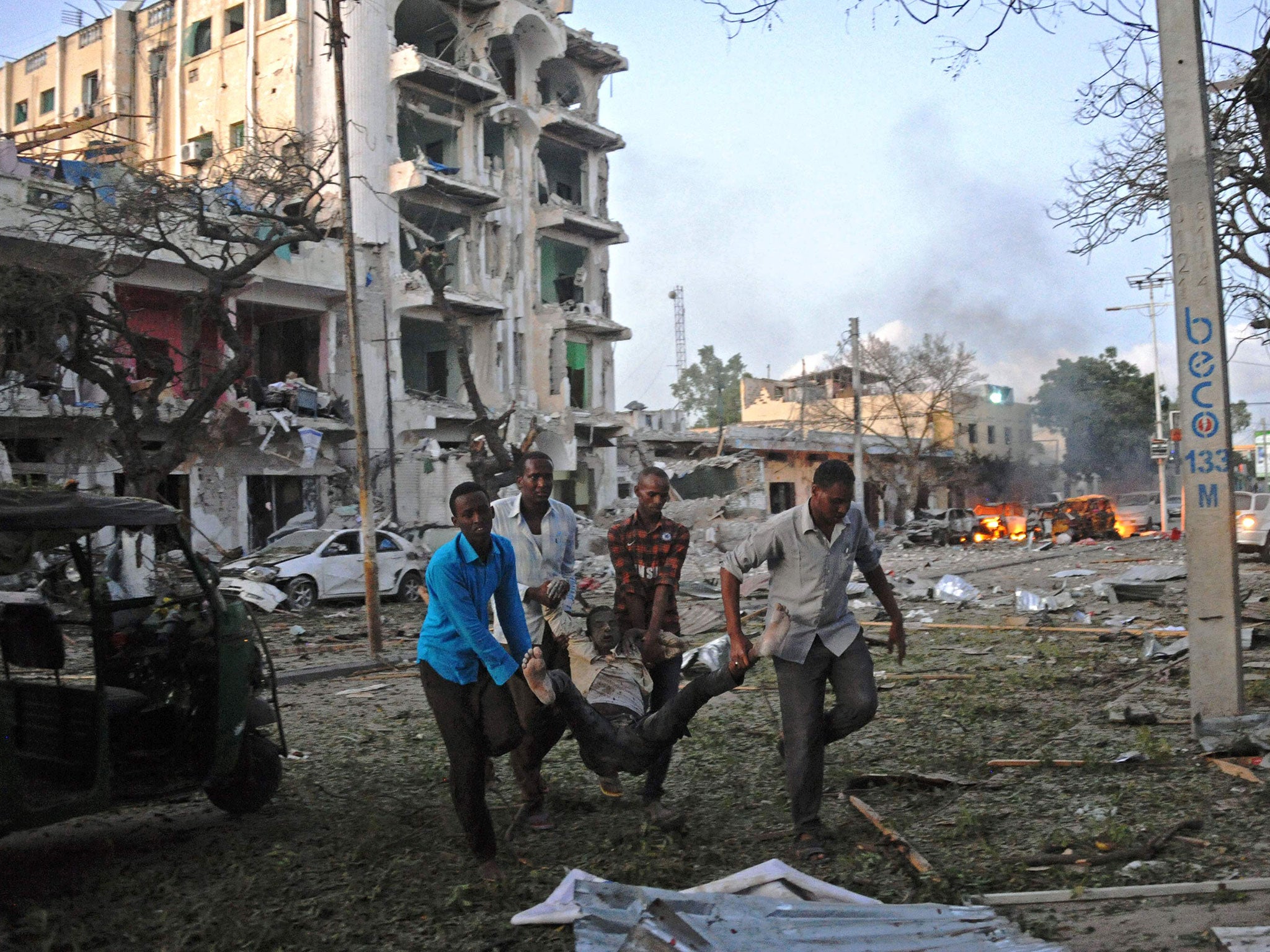 The siege was still underway early Saturday, with sporadic gunfire and loud blasts heard in the area.

It is the biggest attack in Mogadishu since Somalia’s new president, Hassan Sheikh Mohamud, was elected in May.

Dozens of people have been gathering outside the hotel to discover the fate of loved ones caught up inside the hotel.

“We have been looking for a relative of mine who was trapped inside the hotel, she was confirmed dead together with six other people, two of them I know,” said witness Muudey Ali.