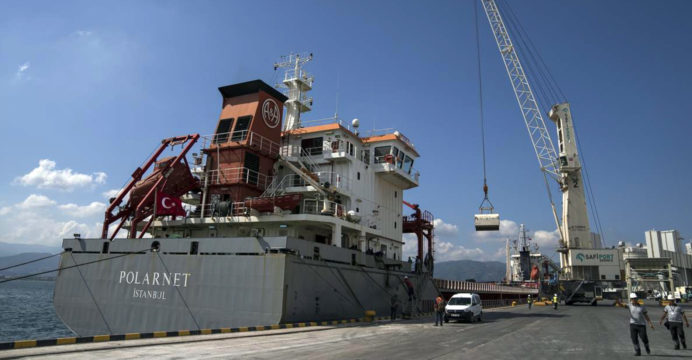 The first UN-chartered vessel set to transport grain from Ukraine under a deal to relieve a global food crisis should dock in Ukraine on Friday, the United Nations said.

The MV Brave Commander, which left Istanbul on Wednesday, is due to arrive in Yuzhne, east of Odessa on the Black Sea coast, the UN’s World Food Programme said.

It will collect Ukrainian wheat grain purchased by the WFP, the agency’s spokesman Tomson Phiri said.

“This is obviously the first shipment of humanitarian food assistance under the Black Sea Grain Initiative,” he said.

Turkey has opened a special facility in Istanbul at the mouth of the Black Sea to oversee the exports. It is staffed by civilian and military officials from the warring sides and delegates from Turkey and the UN.

WFP has purchased an initial 30,000 tonnes of Ukrainian wheat. MV Brave Commander has a capacity of 23,000 tonnes.