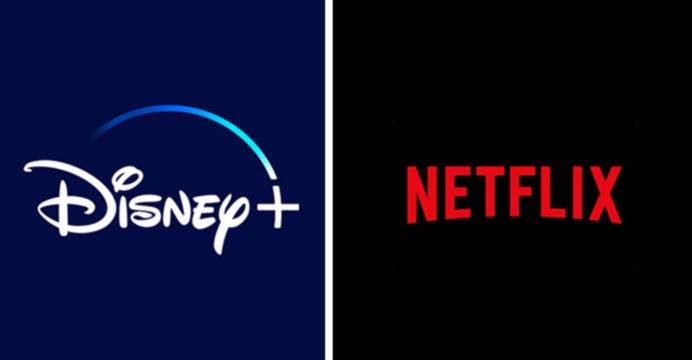 The number of people subscribing to Disney+ topped 152 million, up some 31 percent from the same period a year earlier, the entertainment giant said in an earnings report, reports BSS.

Disney’s bottom line was also boosted by rising revenue from its theme parks, which showed signs of recovering from stifled attendance during the pandemic.

Better-that-expected earnings reported by Disney came as many of the tech titans that flourished during the pandemic curb costs in the face of inflation and people get back to living life in the real world instead of online.

Disney shares were up more than 6 percent in after-market trades that followed release of the earnings figures.

“We had an excellent quarter, with our world-class creative and business teams powering outstanding performance at our domestic theme parks, big increases in live-sports viewership, and significant subscriber growth at our streaming services,” said Disney chief executive Bob Chapek.

The 14.4 million Disney+ subscribers added in the recently ended quarter raised the overall number of subscriptions to its streaming services, which include Hulu and ESPN+, to 221 million, Chapek added.

The overall number of subscribers to Disney streaming services topped those of Netflix for the first time.

“The streaming figures will be seen as an indicator of the health of the market, especially after lackluster subscriber figures from Netflix and Comcast.”

Disney also announced that an ad-subsidized version of its streaming television subscription service will be offered in the United States starting December 8 at a monthly price $3 less than the ad-free offering.

Taking a page from Netflix’s playbook, Disney has been investing in shows created in places outside the United States.

The company plans to “step up” investments in such local original content, Chapek said, pointing out a film concert and docu-series focused on South Korean music sensation BTS.

He expressed confidence in Disney theater films in the works, including an eagerly anticipated “Black Panther: Wakanda Forever” addition to its Marvel superhero line-up.

A trailer for the Black Panther film logged more than 170 million views in the 24 hours after its release, Chapek said.

“Disney still faces economic uncertainty and intense competition, but performance should at least temporarily put to rest some of Wall Street’s gloomier perceptions about the company, and more broadly about the entertainment industry,” said Paul Verna, an analyst at Insider Intelligence.

Rival Netflix has reported losing subscribers for two quarters in a row, as the streaming giant battles fierce competition and viewer belt tightening, though the firm assured investors of better days ahead.

The loss of 970,000 paying customers in the most recent quarter was less than expected, leaving Netflix with just shy of 221 million subscribers.

“Our challenge and opportunity is to accelerate our revenue and membership growth… and to better monetize our big audience,” the firm said in its earnings report.

After years of amassing subscribers, Netflix lost 200,000 customers worldwide in the first quarter compared to the end of 2021.

Netflix said in its earnings report that it had expected to gain a million paid subscribers in the current quarter.

Netflix executives have made it clear the company will get tougher on sharing logins and passwords, which allow many to access the platform’s content without paying.

In an effort to draw new subscribers, Netflix said it will work with Microsoft to launch a cheaper subscription plan that includes advertisements.

The ad-supported offering will be in addition to the three account options already available, with the cheapest plan coming in at $10 per month in the United States.