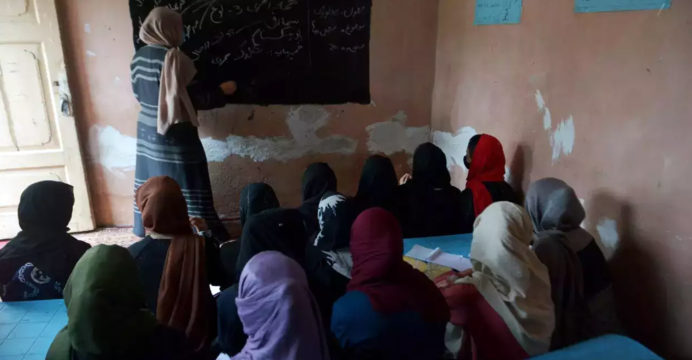 Inside Afghanistan’s secret schools, where girls defy the Taliban

The kitchen, where Afghan males hardly ever go, is an ideal spot for Nafeesa to hide her schoolbooks from the prying eyes of her disapproving Taliban brother.

Since the Taliban retook control a year ago, hundreds of thousands of girls and young women, like Nafeesa, have been denied the opportunity to pursue an education, but their desire to learn has not diminished.

“Boys have nothing to do in the kitchen, so I keep my books there,” said Nafeesa, who attends a secret school in a village in rural eastern Afghanistan.

“If my brother comes to know about this, he will beat me.” 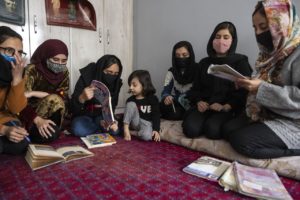 Since seizing power a year ago, the Taliban have imposed harsh restrictions on girls and women to comply with their austere vision of Islam — effectively squeezing them out of public life.

Long-distance travel for women is no longer possible without a male relative escorting them.

Additionally, they have been instructed to cover up with a burqa or a hijab whenever possible, however, the Taliban’s stated preference is for them to only leave the house if absolutely necessary.

Additionally, secondary schools for girls have been prevented from reopening in many areas of Afghanistan, which is the cruelest deprivation. However, throughout the nation, covert schools have emerged in the rooms of typical homes.

A team of AFP journalists visited three of these schools, interviewing students and teachers whose real names have been withheld for their safety.

This is their story.