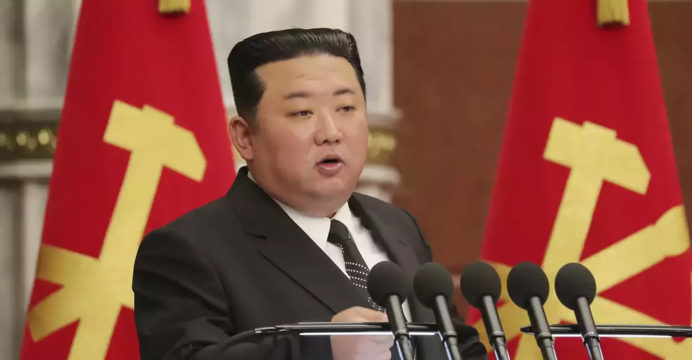 The rubber-stamp parliament of North Korea will meet again in September to consider new legislation and other administrative matters, official media said on Monday.

The legislative body of the hermit state convenes just once or twice a year, usually for full-day sessions to pass budgets and other laws that the Workers’ Party, which now controls the government, deems necessary.

“The 7th Session of the 14th Supreme People’s Assembly (SPA) of the DPRK will be convened in Pyongyang on September 7,” the official Korean Central News Agency (KCNA) reported.

“The session will discuss the issue of adopting the law on the socialist rural development and the law on landscaping and the organizational matter,” it added.

Observers pay close attention to these sessions in case there are any changes to economic policy or a reorganization of senior authorities.

It is unknown if Kim Jong Un, the leader, would attend the next conference. Kim missed the final meeting in February of this year.

Under Kim, the North has made quick strides in developing its military capabilities and has conducted a record-breaking flurry of tests this year, including the first launch of an intercontinental ballistic missile at full range since 2017.

The nuclear deterrence of Kim’s nation is “ready to mobilize,” he declared last month, in the event of a future armed clash with Washington and Seoul.

Since the failure of a summit between Kim and the then-US president Donald Trump in 2019 to discuss the lifting of sanctions and what the North would be willing to give up in exchange, negotiations with the US have come to a standstill.

The summit will take place despite North Korea’s recent claim of “no new Covid-19 fever cases.”

Additionally, Pyongyang asserted that all individuals who had been ill since an Omicron outbreak in May have since recovered.

The North will conduct a nationwide summit early this month to assess the “successes, experience, and lessons in the state emergency anti-epidemic operation,” according to a second report from KCNA.