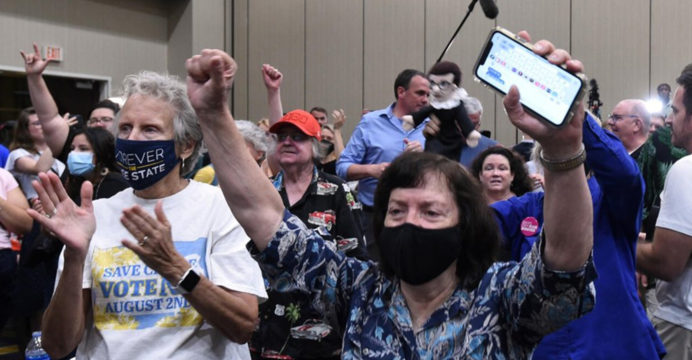 Impact of Kansas’ abortion vote on the US midterm elections

Prior to November’s midterm elections, the surprising Kansas vote to reject a campaign for abortion prohibitions sent shockwaves through the US political scene, giving President Joe Biden’s Democrats a ray of optimism that they may avoid their anticipated drubbing.

US conservatives have been anxiously debating whether their winning campaign to severely restrict access to the operation — a decades-long ambition — has gone too far in the lead-up to the midterm elections ever since the Supreme Court abolished the universal right to an abortion in June.
They received a response in Kansas.

Despite the fact that Kansas is a Republican stronghold, a referendum on abortion rights on Tuesday was defeated by a 59 to 41 percent margin, with exceptionally high turnout.

Democrats are celebrating the outcome and warning that a significant backlash is just getting started because this was the first time Americans had the chance to vote on the subject since the conservative-dominated Supreme Court decided to overturn the 50-year-old Roe v. Wade ruling enshrining abortion rights.

“The court practically dared women in this country to go to the ballot box and restore the right to choose that the court had just ripped away after 50 years,” Biden said at the White House where he signed an executive order that aims to help Americans who travel to get an abortion when their own state makes it impossible. 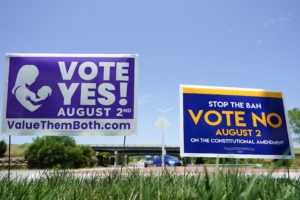 “They don’t have a clue about the power of American women. Last night in Kansas, they found out.”

Later, he predicted that outrage over the issue would drive “record numbers” of voters.

Planned Parenthood, which lobbies for abortion access, called the Kansas vote “a clear warning to anti-abortion politicians.” The organization’s president, Alexis McGill Johnson, also called on voters to keep up the momentum into the midterms.

“We have the opportunity to protect abortion access at the ballot box in November. We know that Kansas will not be our last fight or our last victory.”