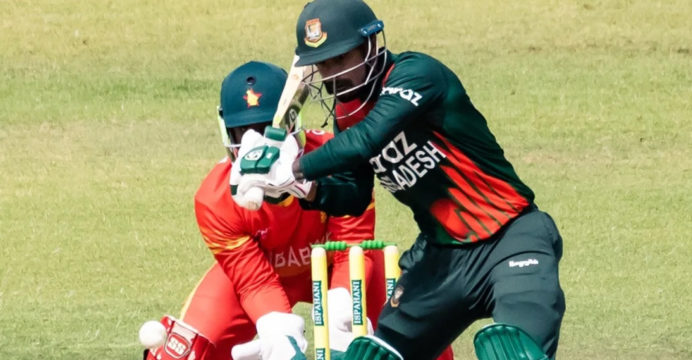 In today’s third T20 International match at Harare Sports Club, which would decide the series, Zimbabwe put in a spirited display and maintained composure when it mattered most.

The hosts finally won the three-match series 2-1 as a result of this triumph. Before Bangladesh fought back and won the second game by seven wickets, they won the first game by 17 runs. By doing this, Zimbabwe defeated Bangladesh to win their first ever bilateral T20 series (series consisting of more than one game).

Ryan Burl’s 28 ball-54 helped Zimbabwe battle back from 67-6 to 156-8, which their bowlers later successfully defended to hold Bangladesh to 146-8.

Nasum Ahmed’s 34-run over, which was part of Burl’s 54-run total, proved to be the deciding factor. But the careless batting of Bangladeshi batters also created their own cemeteries. Bangladesh’s performance in this series demonstrated once more that they have not yet mastered the T20 format of cricket.

Nevertheless, credit should go to Burl, who didn’t give up hopes despite the side’s top order collapse. He was ably supported by Luke Jongwe who struck 35 off 20 as the duo shared a 79-run partnership off just 31 balls for the seventh wickets to stun Bangladeshi bowlers.

But to Bangladesh’s delight, fast bowler Hasan Mahmud dismissed both of them in the penultimate over to leave Zimbabwe at least 15 runs short of their desired position. But that mattered little at the end.

Hasan Mahmud ended with 2-28. Off-spinner Mahedi Hasan also had the same figure (2-28) and was key in ripping through Zimbabwe’s top order.

Zimbabwe captain Craig Ervine once again won the toss and as expectedly opted to bat first. Ervine and his opening partner Regis Chakabva also got a dream start, scoring 29 runs in just the third over before left-arm spinner Nasum Ahmed drew the blood first, removing Chakabva for 17 off 17.

Mahedi then got into act in emphatic style, taking out Wessly Madhevere and Sikandar Raza in consecutive deliveries. Both of the batters were instrumental in Zimbabwe’s 17-run victory in the first match with Madhevere hitting 67 and Raza being not out on 26 ball-65. Raza even scored a fighting 67 in the second game also, which Zimbabwe lost by seven wickets. 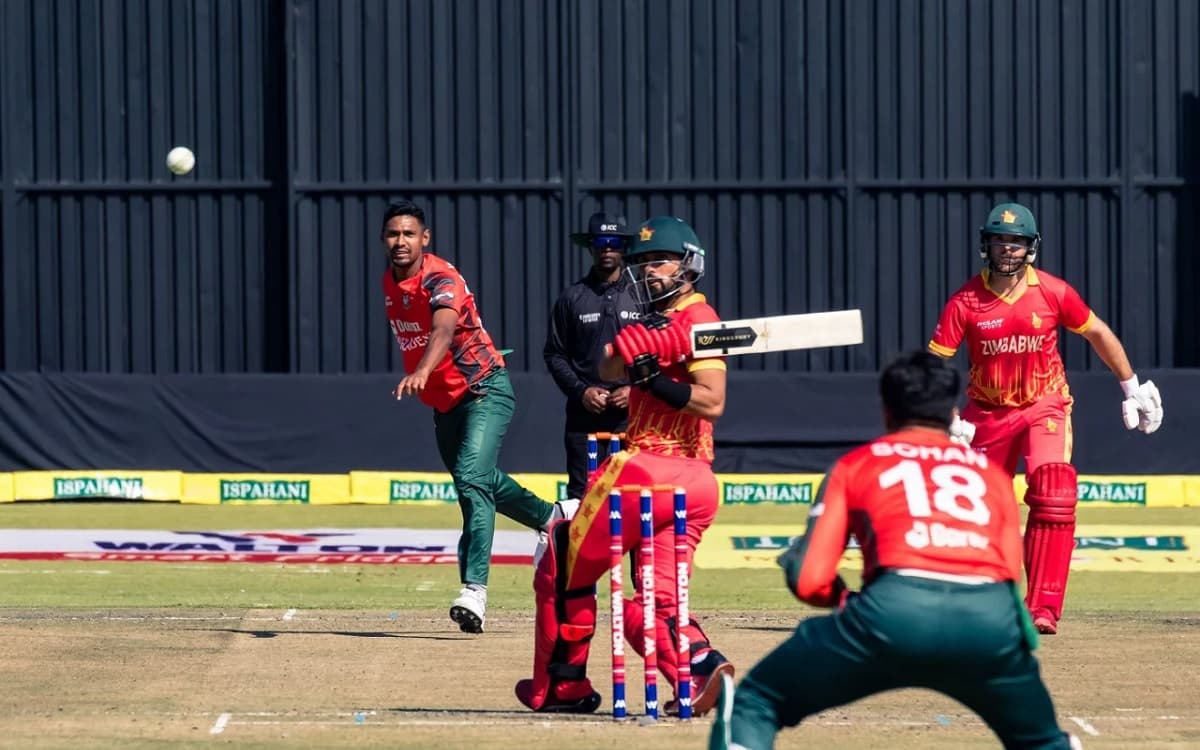 After then, Bangladesh’s spinners took control of the match, further demoralizing the hosts with Mahmudullah Riyad and captain Mosaddek Hossain Saikat.

Nasum, however, was the one who felt the heat the most as Burl immediately went nuts. Burl was so aggressive with Nasum that at one point, there was a chance that he would hit him for six sixes in a succession.

After hitting four straight sixes, Burl couldn’t hit the fifth ball six but that even went for a boundary. However, the sixth ball he faced, he struck it six to amass 34 runs from that over. Nasum now became the bowler to bowl the most expensive over by a Bangladeshi bowler in this format.

Burl overall struck two fours and six sixes in his knock to help the side propel past 150 runs mark, which looked highly unlikely at halfway through the game.

Victor Nyauchi gave Zimbabwe a dream start, striking twice in his first two overs to get the better of Liton Das (13) and debutant Parvez Hossain Emon (2).

The early two wickets caused mental havoc as the Bangladeshi batters went on to shell, which damaged their run rate. The middle order comprised of Anamul Haque Bijoy, Najmul Hossain Shanto and Mahmudullah Riyad failed to score just quickly, putting pressure on the next batters.

Afif Hossain was the top scorer for the side with 39 off 27 while Mahedi Hasan hit 22 off 17. The duo are the reason that Bangladesh could come close and needed 26 runs in the last two overs. However, they failed to score the required runs.

Victor Nyauchi was the most successful bowler for Zimbabwe with 3-29 while Bard Evans who took the game away from Bangladesh, removing Mahmudullah and Mosaddek Hossain for naught in consecutive deliveries took 2-26.

The two teams now will play a three-match ODI series, with the first match starting on Friday.