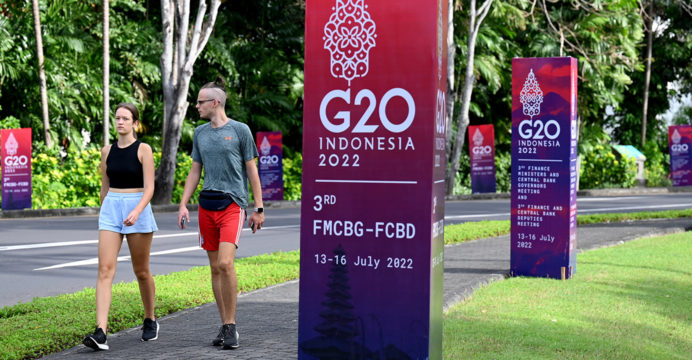 In order to avoid catastrophic humanitarian consequences, the G20 financial executives meeting in Bali must make headway in addressing the global economic challenges brought on by Russia’s war in Ukraine, according to the host nation of Indonesia.

The Group of 20’s top financial decision-makers is meeting on a vacation island as the host nation, Indonesia works to forge alliances among a group that has been weakened by the conflict in Ukraine and the mounting economic difficulties caused by skyrocketing inflation.

Recent G20 meetings, notably the gathering of foreign ministers last week, have been overshadowed by Russia’s invasion of Ukraine, which the Kremlin refers to as a “special military operation.”