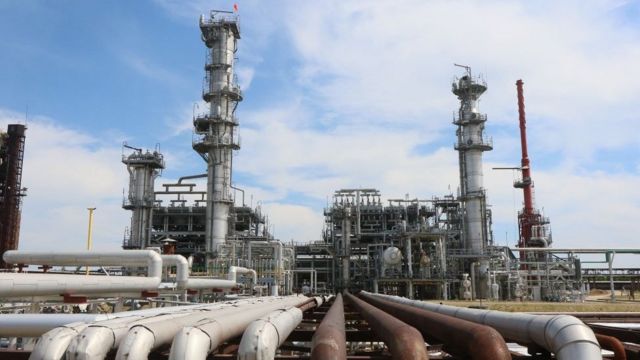 Lithuania’s president has said his country is willing to stop importing Russian oil and gas in the latest sign of how some EU countries plan to tighten penalties on Moscow for its invasion of Ukraine.

“It would create some problems, but those problems would not be critical,” President Gitanas Nauseda said of any decision to cut off Russian supplies.

His warning comes as Russia continues to attack Ukraine. The US has banned Russian oil imports, reports BBC.

Meanwhile, the UK said it will phase them out by the end of this year, and the EU aims to make Europe independent of Russian fossil fuels by 2030.

When it comes to Lithuania, President Nauseda said: “Of course, it depends on time: How long we would need to adjust [to cutting Russian imports].

“But I would say it in other words: We are better prepared for such a cut from Russian energy resources than many other countries in the EU.”

Western countries hit Moscow with sanctions late last month over Russia’s invasion of Ukraine, and the US has banned imports of Russian energy, while the UK is phasing out Russian oil imports.

The EU, which gets roughly 40% of its gas from Russia, has said it will cut reliance on this fuel source by two thirds within a year.

The warning from Lithuania’s president shows how some countries are willing to put further pressure on Russia’s economy.

Lithuania gots around 63% of its oil imports from Russia in 2019, according to World Bank data.

President Nauseda, said, though, that figure is now smaller since the nation’s oil refinery, at Mazeikiai, opted not to buy crude oil from Russia.

On 3 March, the refinery’s owner, Orlen Lietuva, said it had agreed a deal with Saudi Aramco for five additional tankers of the commodity taken out of the North Sea.

That, it said, would ensure alternative supplies for Lithuania, Poland and the Czech Republic.

Four days later, the company said that given the situation in Ukraine, it is “prepared for any scenario, including the complete suspension of supplies from the eastern direction.”

Aside from oil, Lithuania has worked, over the last decade, to reduce its dependence on Russia for natural gas – including by opening its own LNG terminal called Independence.

Electricity independence, though, is still a work in progress, President Nauseda said.

“We still are connected with the so-called Brell system of the former Soviet Union and this connection does not allow a switch to different [European] systems [at present].

However, he said the process switching Lithuania away from Brell “will be completed in 2025”.

“Now we will try to speed up this process to disconnect faster,” he added.

President Nauseda also acknowledged ongoing concern, including from Ukraine’s president, Volodymyr Zelensky, about whether Baltic nations – including Lithuania – could be the next target for Russian President Vladimir Putin.

“So, this is a threat. We never had illusions that we will be forgotten,” he said.

But he said the country had increased defence spending including on military equipment. And he believes in the Nato military alliance.

“I really believe in the ability of Nato to work effectively as a collective defence organisation,” he said. “I see also, this solidarity in action, with additional deployment and military capabilities on the ground.

“And this is probably the best proof for me that Nato is working,” he said.