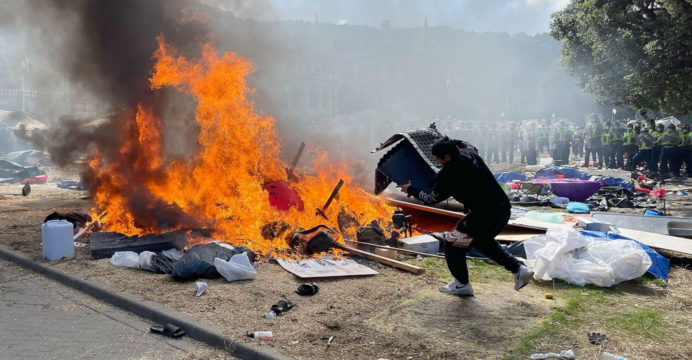 Anti-vaccination protesters in New Zealand set fire to their own camp outside parliament on Wednesday, as riot police sought to end their weeks-long blockade of the legislative district.

Hundreds of officers deployed perspex shields and pepper spray to push back demonstrators, who pelted them with chairs, bottles, and paint bombs, putting an end to a prior light-touch strategy.

When it became clear that the police were winning the battle for control of the impromptu tent city that had sprung up on the lawns of parliament three weeks ago, the demonstrators set fire to it.

“This is not over,” one man yelled, while others chanted “Shame on you” at advancing officers as a thick pall of black smoke enveloped the area. 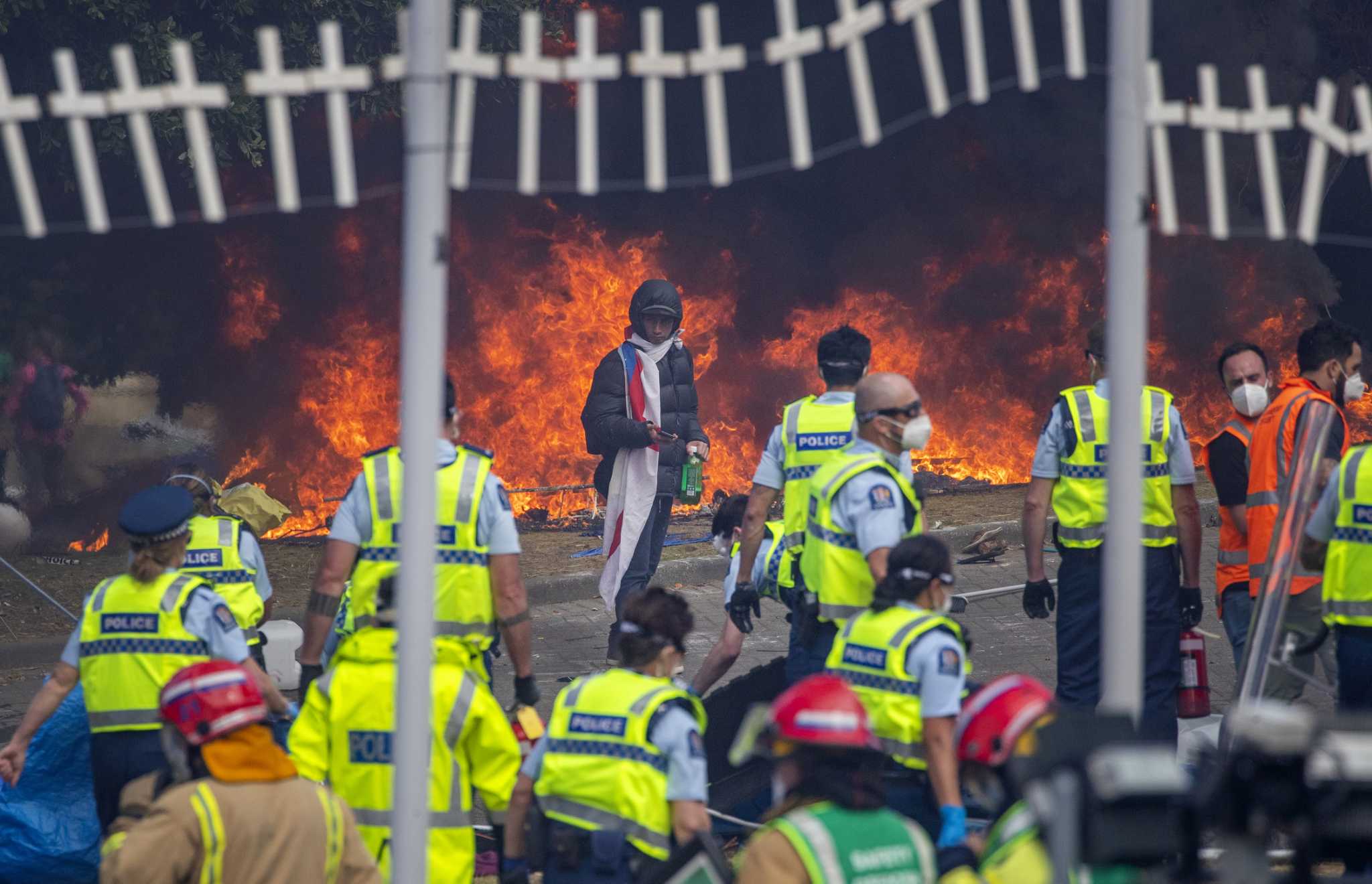 In an operation that began just before dawn, police used an ear-splitting sound cannon to assist disperse the throng and made dozens of arrests.

She described demonstrators’ behavior as “disgraceful,” saying what began as a movement against coronavirus vaccine mandates, inspired by previous protests in Canada, had become toxic.