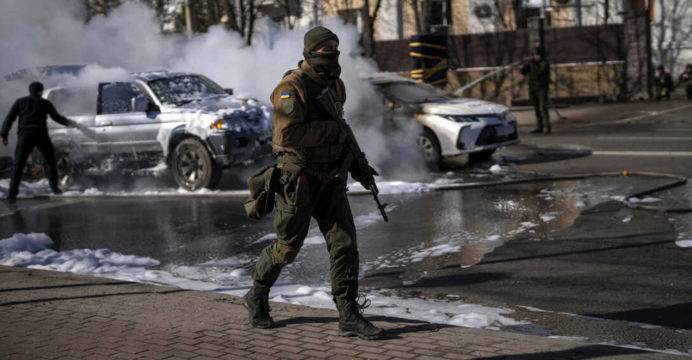 Officials stated Saturday that while Ukrainian military repelled a Russian onslaught on Kyiv, “sabotage elements” infiltrated the capital, as stubborn President Volodymyr Zelensky pledged Ukraine would never give up.

Russia brushed aside the bombardment of Western sanctions on the third day of an assault that Ukraine claims has killed 198 civilians, including three children, and announced it had fired cruise missiles at military targets.

Zelensky talked in a video message shared on his Twitter account, dressed in olive green military-style attire and looking fatigued but resolute.

“I am here. We will not lay down any weapons. We will defend our state, because our weapons are our truth,” he said.

“Our truth is that this is our land, our country, our children and we will protect all of this.”

Russian President Vladimir Putin launched a full-scale invasion, forcing tens of thousands of people to evacuate their homes and raising fears of a larger European battle.

“We thought something like this might happen but we were hoping until the end that it wouldn’t,” Irina Butyak, a 38-year-old teacher, told AFP as she took shelter in a basement in Kyiv, where explosions were heard through the night. 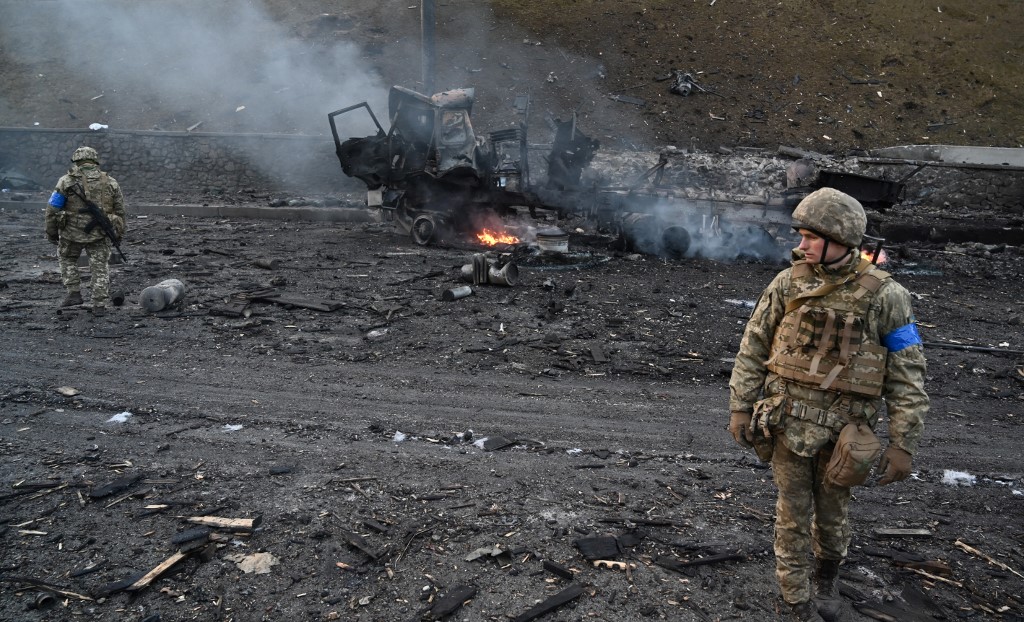 “We were hoping that common sense and common decency would prevail. Well, it didn’t,” said Butyak, who hoped she would be able to escape soon to western Ukraine.

In Paris, French President Emmanuel Macron warned that the world must brace for a long war.

“This crisis will last, this war will last and all the crises that come with it will have lasting consequences,” Macron said, adding: “We must be prepared”.

After speaking to Macron, Zelensky tweeted to thank “partners” for sending weapons and equipment. “The anti-war coalition is working,” he said.