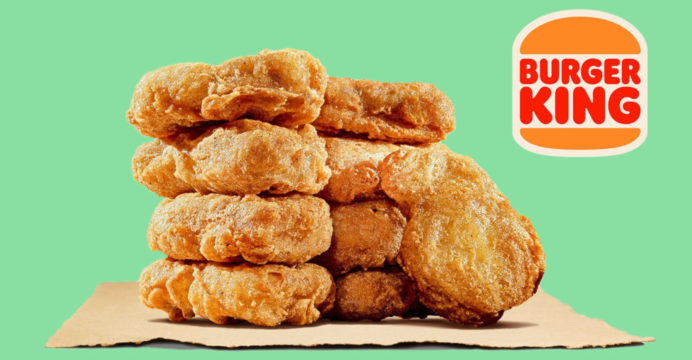 Burger King to sell vegan nuggets across the UK

Burger King will sell vegan nuggets across the UK as part of a pledge to make its menu 50% meat-free by 2030. The fast-food giant said the nuggets, made from soy and plant proteins, had been certified by the Vegan Society.

Burger King previously released a plant-based Rebel Whopper burger two years ago, but it was later revealed to be unsuitable for vegans because it was cooked on the same grill as meat.

It has introduced a Vegan Royale burger as demand for such products has risen. A vegan diet involves cutting out animal products such as meat, fish, dairy and eggs, reports BBC.

Burger King said its 50% meat-free target would help it reduce greenhouse gas emissions by 41%. It said its vegan nuggets would taste the same as its chicken-based counterparts.

Burger King UK chief executive Alasdair Murdoch said the introduction of vegan nuggets was an “a significant milestone for the company and an important next step in achieving our target of a 50% meat-free menu by 2030”.

“The launch is another positive step in reducing our carbon footprint and driving innovation in our menus in response to growing demand for meatless alternatives and products with no animal protein in the UK,” he said.

A total of 49% of those interested in cutting down on meat consumption said they would do so for health reasons, according to a survey of more than 1,000 adults in Great Britain by Mintel.