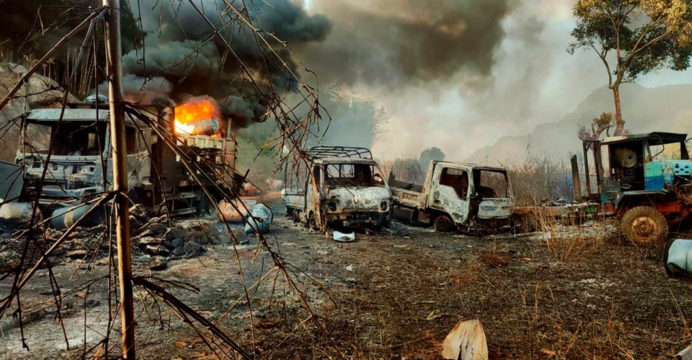 Two of Save the Children’s employees were killed in a Christmas Eve massacre alleged on junta troops, which left the burnt remains of more than 30 people on a highway in eastern Myanmar.

Over 30 burned dead, including women and children, were discovered on a roadway in Kayah state, where pro-democracy rebels had been fighting the military, according to anti-junta forces.

Two of Save the Children’s staff members were later reported missing after being swept up in the event.
Myanmar has been in chaos since the February coup, with more than 1,300 people killed in a crackdown by security forces, according to a local monitoring group.

To combat the junta, self-proclaimed “People’s Defence Forces” have cropped up around the country, drawing the military into a violent stalemate of skirmishes and reprisals. 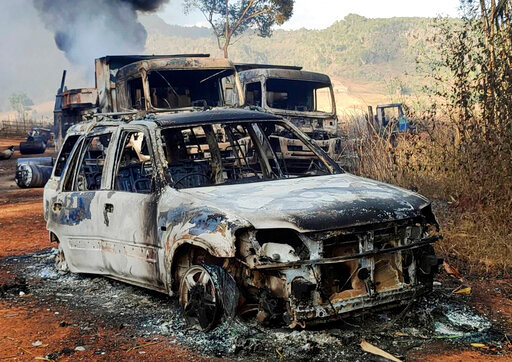 Save the Children confirmed in a statement on Tuesday that the two men were “among at least 35 persons slain, including women and children.”

“The military forced people from their cars, arrested some, killed many and burnt the bodies,” it said, adding the two men were both new fathers.

“We are shaken by the violence carried out against civilians and our staff, who are dedicated humanitarians, supporting millions of children in need across Myanmar.”