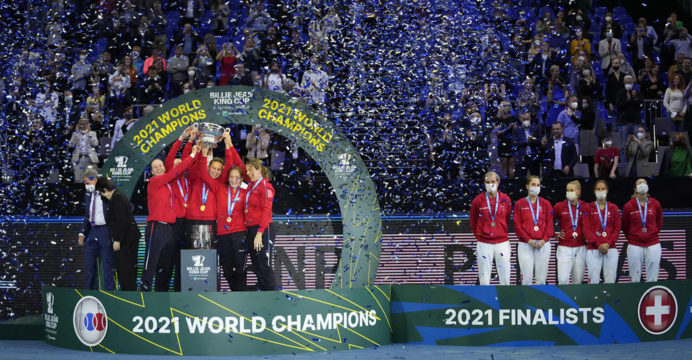 On Saturday, Russia defeated Switzerland to win the Billie Jean King Cup for the first time in Prague, but the victory was marred by accusations from the Swiss that the new champions had swapped players in violation of the rules.

“I’m experiencing so many emotions right now that I feel like I’m going to freeze, and it’s unbelievable. Unbelievably cheerful, “After celebrating with her teammates, Samsonova stated.

“Today was a fantastic fight; it was more than tennis,” she continued.

Teichmann, the world number 39, dominated Storm Sanders in Switzerland’s semi-final victory over Australia on Friday, but Kasatkina, the 28th-ranked Russian who had missed Russia’s previous two matches, proved a another level.

Despite a late break by the Swiss player, the Russian went 5-0 up on her accurate hitting and three breaks as Teichmann struggled with her serve, and she easily won the set.

In the second set, both players held their serves until game seven, when they traded breaks. Kasatkina earned one more break and then held on to her serve, winning the set after Teichmann blasted her forehand out of the court. 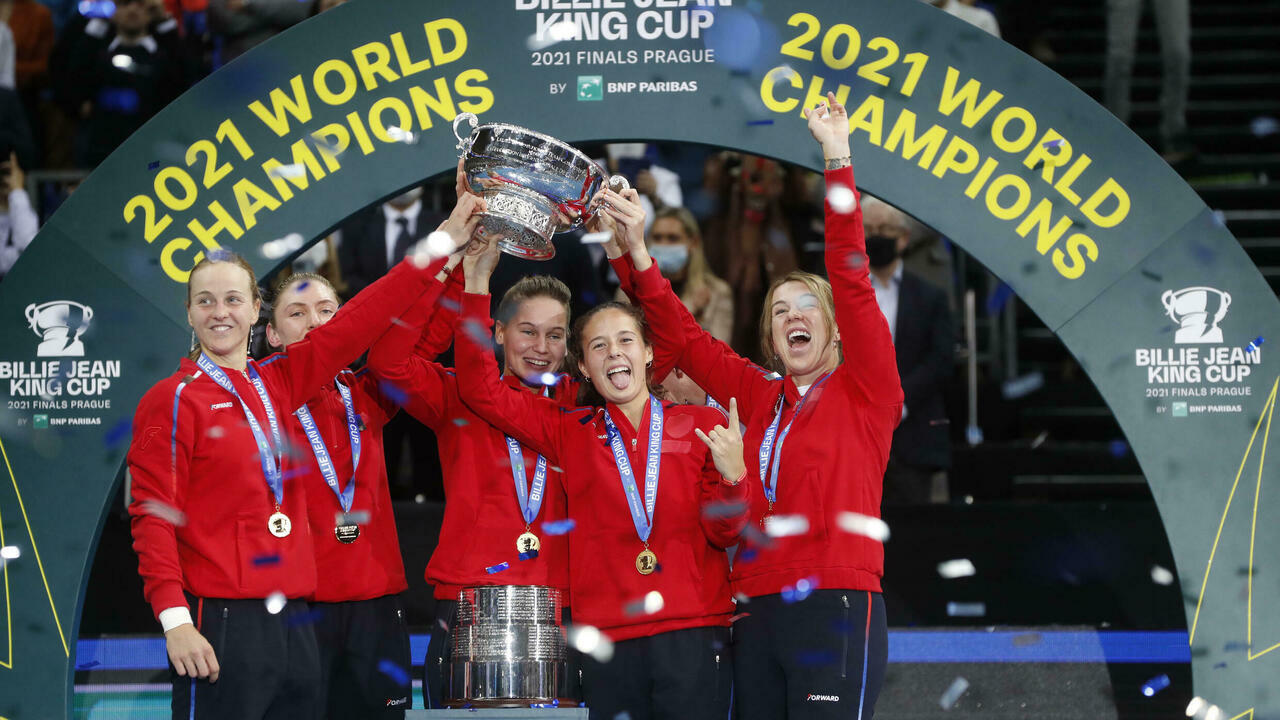 “It’s an incredible sensation. I’m glad I was able to bring this crucial aspect to my team’s attention “Kasatkina stated.

Samsonova, the world number 40, played a key role in Russia’s semi-final victory over the United States, winning her singles game and then assisting Russia in the doubles.

Bencic, the tournament’s 17th seed, having only dropped a set in her three singles matches before to the final.

Samsonova, a last-minute substitute for an injured Anastasia Pavlyuchenkova in the final, was the first to break, but Bencic, backed up by the crowd, rallied and broke again in game eight to clinch the first set.

In the 10-minute first game of the second set, the fast-serving, big-hitting Russian survived four break points and broke five games later to even the match.