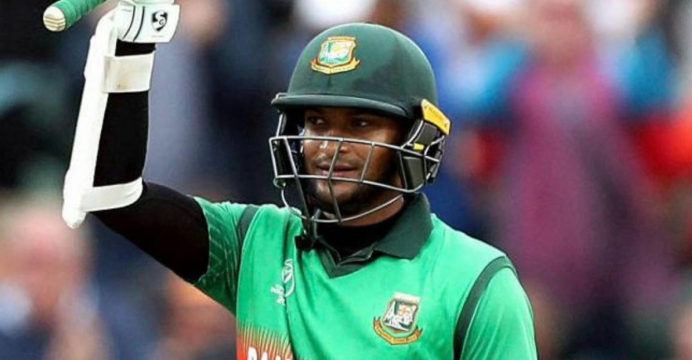 Shakib nominated for ICC Player of the Month award

Bangladesh’s performance in the ongoing Twenty20 World Cup may have been poor, but ace allrounder Shakib Al Hasan is on a roll.

He was nominated for the ICC Men’s Player of the Month award for the second time in October. He had previously been nominated for his performance in July and had won the award as the first Bangladeshi cricketer.

Apart from Shakib, the men’s category nominees for October are Pakistan’s Asif Ali, a power hitter and finisher, and Namibia’s prolific batter David Weise. In the women’s division, Ireland’s all-rounder Laura Delany and right-handed batter Gaby Lewis, as well as Zimbabwe’s captain and all-rounder Mary-Anne Musonda, are among the names on the list.

Shakib Al Hasan played six T20Is in the ongoing ICC Men’s T20 World Cup 2021 in the UAE and Oman last month. He had a strike rate of 109.16 and an economy rate of 5.59 while scoring 131 runs and taking 11 wickets. Last month, Shakib had two outstanding all-around performances at the competition, scoring 42 and taking three wickets against Oman and striking 46 and taking four wickets against Papua New Guinea.