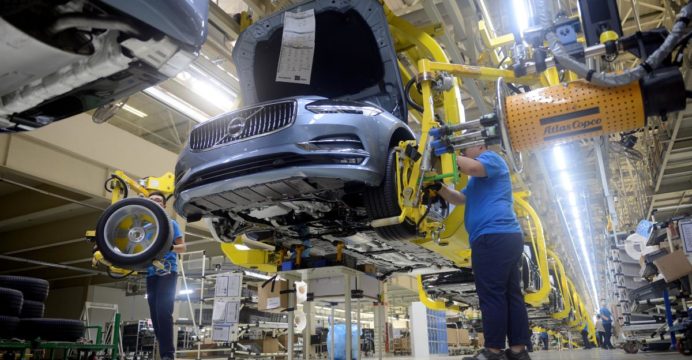 Swedish car company Volvo is now valued at more than $22bn (£16bn) after its shares jumped in the first hours of trading of its market debut.

Volvo, majority-owned by Chinese firm Geely, offered up shares in a slice of the company on the Stockholm stock exchange on Friday, reports BBC.

Shares jumped from an initial 53 Swedish crowns to 65 crowns on Friday.

Volvo boss Hakan Samuelsson said funds from the float would help it achieve its goal to be fully electric by 2030.

US automotive giant Ford sold Volvo to Geely for $1.8bn in 2010, which helped turn around the Gothenburg-based brand’s fortunes as it rode the wave of popularity of SUVs.

Geely will remain the largest single shareholder in the carmaker after the public listing.

“Our industry is changing and we strive to lead that transformation. That is why Volvo Cars has an ambitious strategy to become fully electric by 2030,” Mr Samuelsson said on Friday.

“Today’s listing will help us get there,” he added.

“That being said, the initial valuation was at the lower end of estimates, largely over concerns about the global semiconductor shortage.”.

He said Volvo’s valuation was “pretty decent, even if it does pale into insignificance when compared to Tesla”.