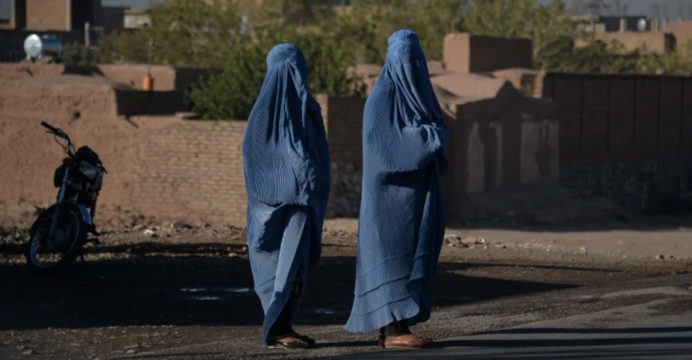 Anxiety and fear for women in Taliban stronghold

Afghan student Fauzia used to earn ends meet voicing advertising on a radio station in the Taliban heartland of Kandahar, but that came to an abrupt halt when the Islamists surged to power in August.

Their order was clear: no female voices on the air. Afghanistan’s new rulers have pledged more moderate administration than their last spell in power when women were all but excluded from work and education, and prohibited from leaving the house unchaperoned.

But there is considerable distrust in their women’s rights vow. Most girls around the country have been forbidden from attending secondary education, and most women have been unable to return to work.

When AFP visited Kandahar last month, only a few women were visible in the dusty shopping streets of the southern city, frantically dragging bags from store to store while wearing the head-to-toe burqa.

The Taliban “posted posts on Facebook saying they did not want to hear any more music or female (voices) on broadcast,” added Fauzia, who asked not to use her real name.