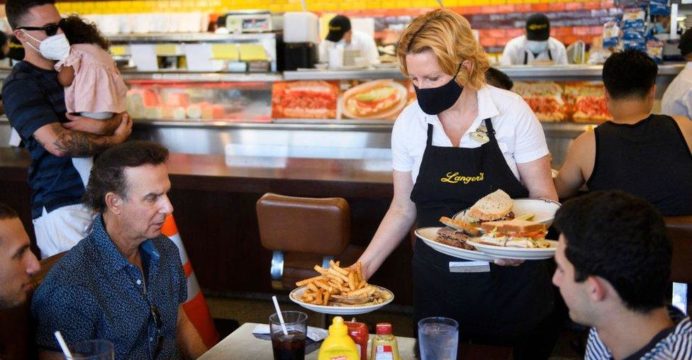 The US added 194,000 jobs in September while the unemployment rate fell to 4.2%, official figures show.

However, the growth was much less than expected as the Delta variant of Covid continued to drag on the economy.

There were notable job gains in hospitality, retail and transportation, while employment in education declined, the US Bureau of Labor Statistics said.

But the unemployment rate was still considerably higher than it was before the pandemic began last year, reports BBC.

The labour market participation rate also remained little changed, at 61.6%, showing that many people who left the workforce during the crisis are yet to return.

Richard Flynn, managing director at Charles Schwab UK, said: “Investors will be disappointed by today’s data, particularly as there has been much more positive economic data issued recently.”

The data was collected in mid-September, when the spread of Delta across the US was near its peak.

However, economists had still expected the economy to add nearer its 2021 monthly average of 500,000 jobs during September.