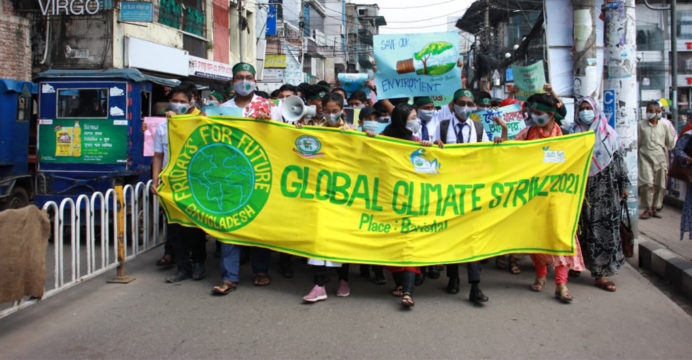 The youths have gone on a climate strike in Barisal in solidarity with the ‘Global Climate Strike’ program against global climate change.

The youths assembled in front of Barisal Ashwini Kumar Hall around 10 a.m. on Thursday (September 23) and began singing slogans and holding placards with various requests. The strike’s major goal is to overthrow the system or to protect the people of the world and the countries affected from discriminatory policies and repression.

Hundreds of young people participated in the program under the name of the Fridays for the Future Bangladesh movement, which urged world leaders to take immediate action instead of the promised flowers at the next COP-28 climate summit. Prior to the next Milan Youth Conference and Precomp, they requested that the Paris Agreement be implemented, particularly placing pressure on developing countries to limit global warming to 1.5 degrees Celsius. 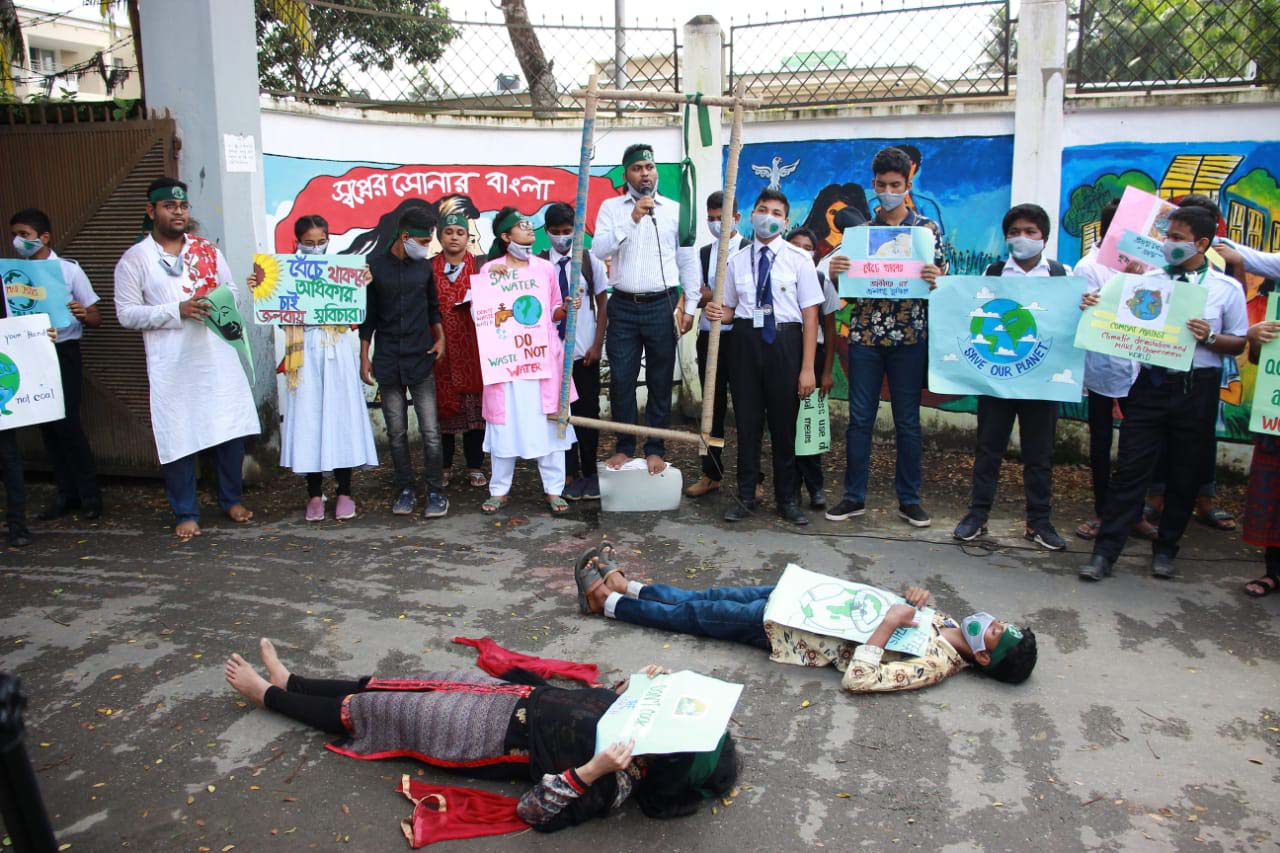 The Coastal Youth Action Hub, the Symbolic Youth Parliament, and the environmental organization Youthnet for Climate Justice collaborated to put on the event.

The climate walk began in front of Ashwini Kumar Hall and finished in front of the central Shaheed Minar after the hour-long strike.