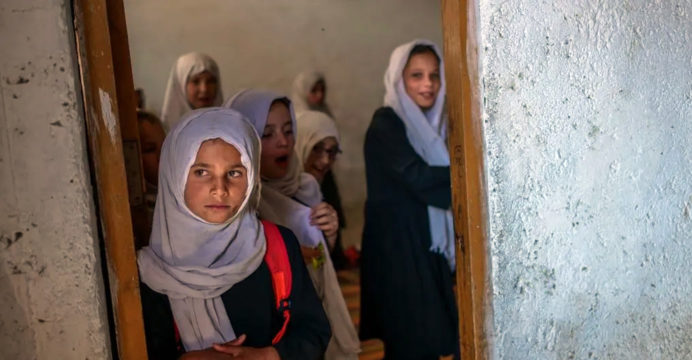 Afghan schools will reopen for males on Saturday, according to a statement from the Taliban’s new ministry of education, which offered no indication of when girls will be able to return to their studies.

Most educational institutions have remained closed for more than a month after the Taliban captured Kabul’s capital, as the movement struggles to reopen the economy and restore normalcy in the cities.

Girls as young as sixth grade have attended some of the schools that have remained open, and women students have attended university lectures. Girls’ high schools, on the other hand, have been closed.

Taliban officials have stated that they will not repeat the previous Taliban government’s fundamentalist practices, which prohibited girls from attending school, and that girls will be allowed to study as long as they do so in separate classes.

While the Taliban did not order schools to close following their takeover, they have stated that the security situation prevents numerous activities for women and girls, and their most recent statement made no mention of girls.

State and private primary and secondary schools, as well as official madrasa Islamic schools, will open on Saturday, according to the statement.

The message stated that “all-male teachers and pupils should attend school.”