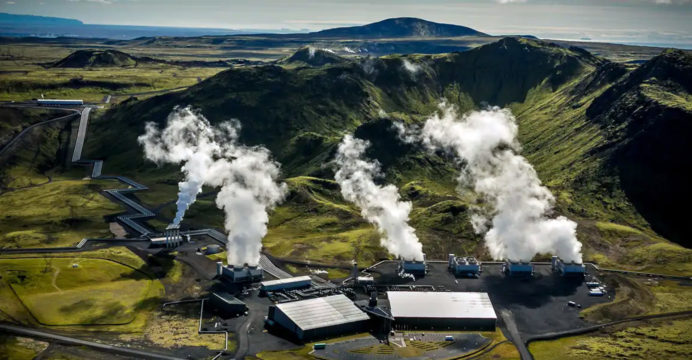 Iceland is preparing to open the world’s largest direct air capture (DAC) facility on Wednesday. The current juncture is critical in the development of new technologies to help remove carbon dioxide from the atmosphere, but it also raises a slew of issues about how we’ll put such technologies to work in the future.

The Orca plant, about 20 miles (30 kilometers) southeast of Reykjavik, removes carbon dioxide from the air using massive industrial vacuums. Climeworks, the project’s owners and operators, claim that the plant, which is driven by hydrothermal energy, can remove 4,000 metric tons of carbon dioxide from the environment each year. Climeworks has teamed up with a carbon storage company to store the carbon dioxide deep below, where it will turn into stone (whoa) in roughly two years.

Unlike conventional carbon capture technologies, which are typically associated with fossil fuel facilities and prevent carbon dioxide from being discharged in the first place, DAC plants like Orca offer the option of undoing some of the damage we’ve already done. In theory, we might strew Orca plants across the globe, resulting in so-called “negative emissions.” These technologies aren’t quite ready for prime time at scale yet, but the Intergovernmental Panel on Climate Change has stated that we’ll need them to reach the Paris Agreement’s goal of limiting global warming to 2 degrees Celsius (3.6 degrees Fahrenheit) (in addition to cutting emissions in the first place of course). 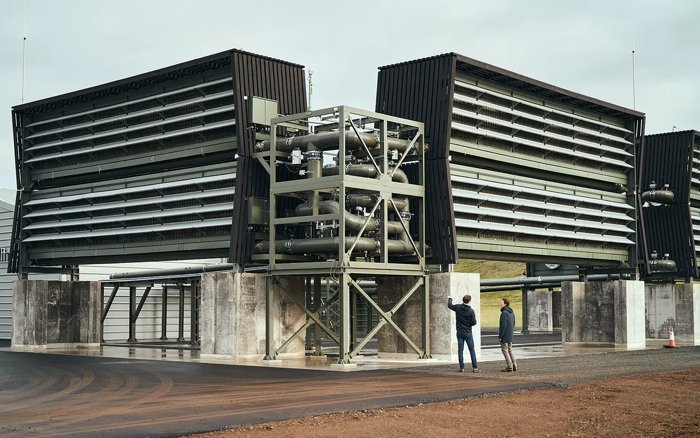 “This is a big step forward in enabling us to capture carbon dioxide that’s already been emitted to the air and store it permanently and safely,” David Morrow, the Director of Research at the Institute for Carbon Removal Law and Policy at American University, said in an email. “That’s going to be an important supplement to emissions reductions in stabilizing the climate. … Orca is still small compared to the scale of the challenge, but it’s an important step in the right direction.”

Carbon capture, including DAC approaches, is prohibitively expensive, but Climeworks has devised a simple business model to fund it: get businesses and other entities with climate aims to purchase their services directly. Climeworks has already invested in the Orca plant with some high-profile partners. A Microsoft spokesperson is mentioned on the Climeworks website as calling the technology “a major component of our carbon removal efforts,” while insurance giant Swiss Re has also agreed to help the company accomplish its net-zero target.

Smaller corporations, as well as individuals like you and me, can purchase the right to have part of our carbon removed from the atmosphere (minus the substantial PR benefits that companies get, of course). A component of the website allows visitors to choose a carbon dioxide removal membership plan ranging from $8 to $55 per month, as well as links to testimonials from “climate-positive people” who have already paid for the Climeworks service.