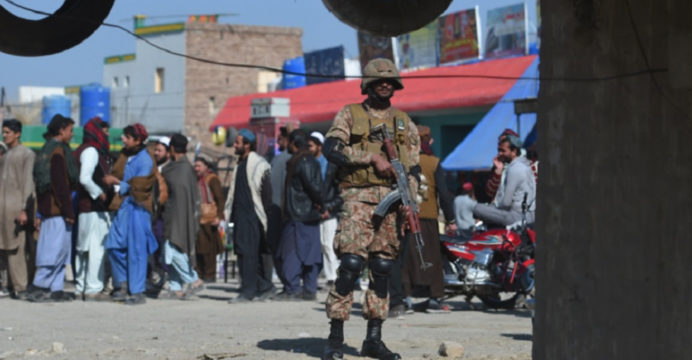 According to police, a suicide bomber on a motorcycle killed at least three paramilitary guards in Quetta, southwestern Pakistan, on Sunday.

The bomber went after Frontier Constabulary guards in the city’s Mian Ghundi neighborhood, near the Afghan border, where Hazara Shiite merchants were trading vegetables.

The blast injured 20 persons, including civilians, according to Azhar Akram, a deputy inspector general of police.

The number was confirmed by a representative for the police’s Counter-Terrorism Department.

Radical Sunni Islamist groups have repeatedly targeted Shiite Muslims in restive Balochistan, believing them to be a deviant sect. Baloch insurgents, who have been conducting a simmering insurgency for greater autonomy, have also targeted frontier guards.