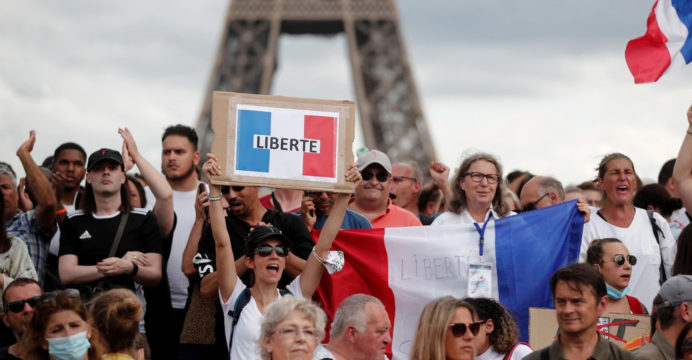 In France, 160,000 people demonstrated against the Covid rules

According to the interior ministry, 160,000 people protested across France on Saturday, enraged by the country’s Covid health permit system, which they claim unfairly bars the unvaccinated.

Authorities had recorded 222 distinct protest events by early evening, with 14,500 people turning out in Paris.

In what was the eighth weekend of Covid protests, sixteen individuals were arrested and three police officers were slightly hurt.

“The vaccine isn’t the answer,” said Helene Vierondeels, a retiree who attended a right-wing demonstration in Paris.

“Rather than closing hospital beds, we should keep the barrier measures in place,” she continued.

Just days before the start of the new school year, many protesters in Bordeaux stated they were refusing to have their children vaccinated.

“We’re not lab rats,” one 11-year-old boy, marching with his father, stated.

His father compared the rising pressure to vaccinate to rape, saying, “We live in a free country, there are no figures that justify mass vaccinations.”

Anyone intending to enter a restaurant, theatre, cinema, long-distance railway, or large shopping centre must produce proof of vaccination or a negative test under the Covid pass system, which has been gradually implemented since mid-July. 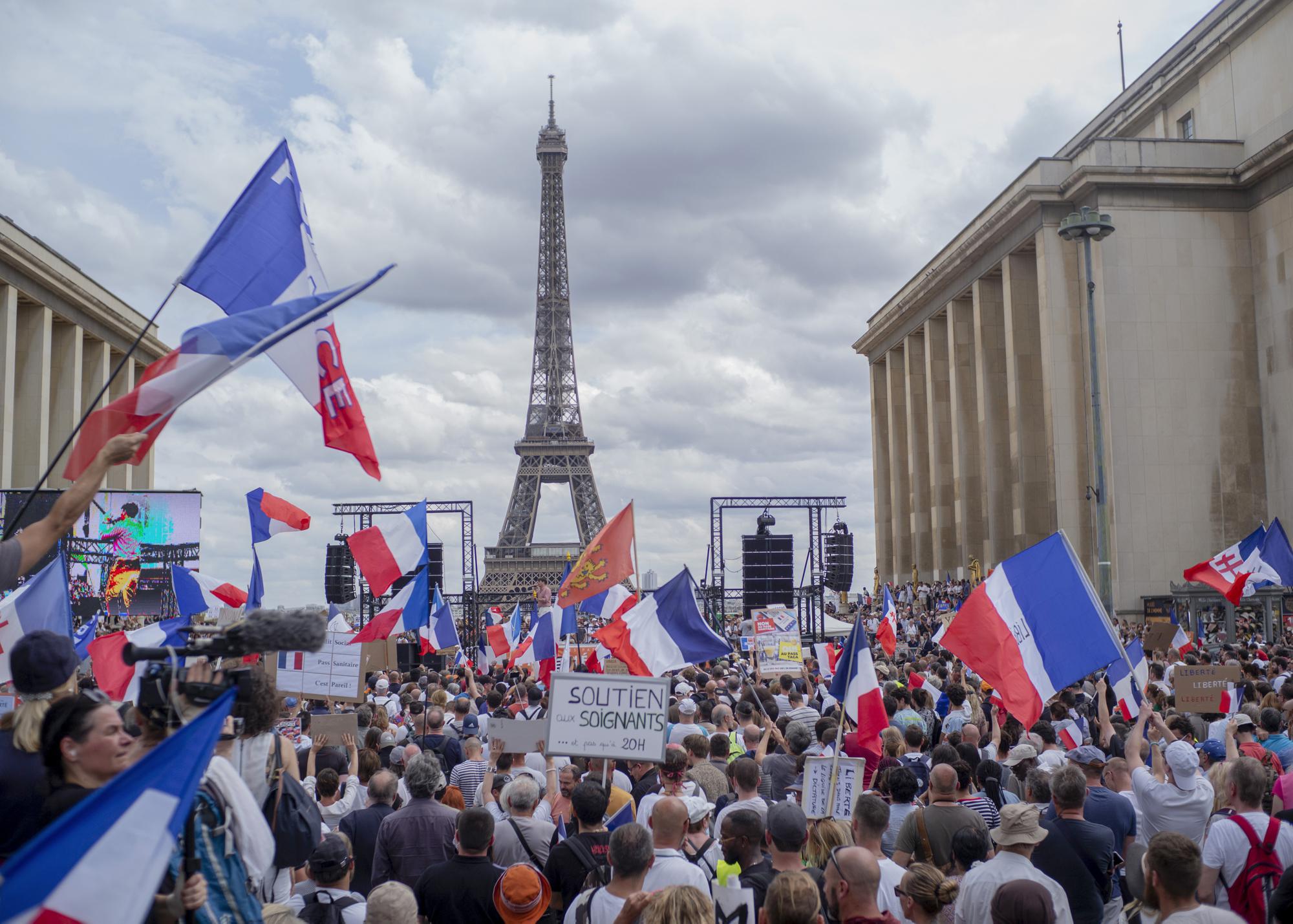 The government claims the permit is required to boost vaccination and avoid a fourth national lockdown, citing the fact that the unvaccinated account for the majority of Covid-19 patients brought to hospitals.

The total number of demonstrators on Saturday was somewhat lower than the 175,000 who showed up the previous weekend.

According to data from the interior ministry, some 200,000 people marched on prior weekends.

The real numbers, according to organizers, were twice as high as the police estimations.

Conspiracy theorists, anti-vaxxers, former members of the anti-government “Yellow Vest” movement, and others concerned that the current system unfairly creates a two-tier society have all joined the protest movement.