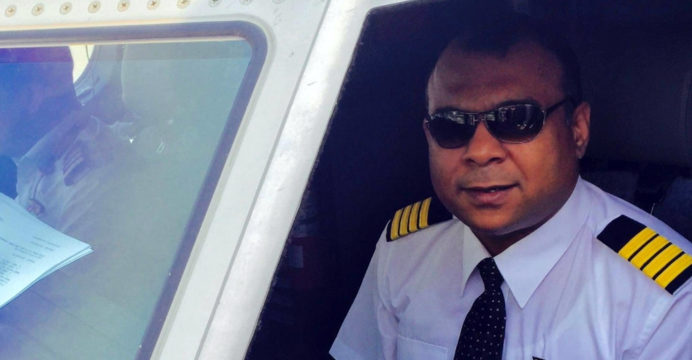 Captain Naushad Qayyum, a Biman Bangladesh Airlines pilot who died of a heart attack mid-flight on Friday, has been declared clinically dead, according to Captain Shoaib Chowdhury, a senior Biman pilot.

Captain Mahbubur Rahman, head of the Bangladesh Airlines Pilot Association, informed The Daily Star that after meeting with Captain Nawshad’s family, the medical board in charge of his treatment will decide whether or not to remove his ventilator support.

According to a Biman official, the foreign ministry has informed them that they are attempting to finish the necessary papers in order to transport the Captain’s body to Dhaka after the medical board has declared him dead.

The pilot is in a “coma” and on ventilator support at the Intensive Care Unit of Kingsway Hospital in Nagpur, Maharashtra, according to sources in India who spoke to the media yesterday.

He claimed the pilot first went into cardiac arrest aboard the plane and was then taken to the hospital’s emergency room, where he was “unresponsive and unconscious.”

According to Fulbandhe, Bangladesh officials are in continual contact with the hospital over Captain Naushad’s health.

When pilot Captain Naushad Qayyum felt unwell onboard the Dhaka-bound Biman Bangladesh Airlines flight BG 022 from Muscat, the plane made an emergency landing at Babasaheb Ambedkar International Airport in Nagpur.