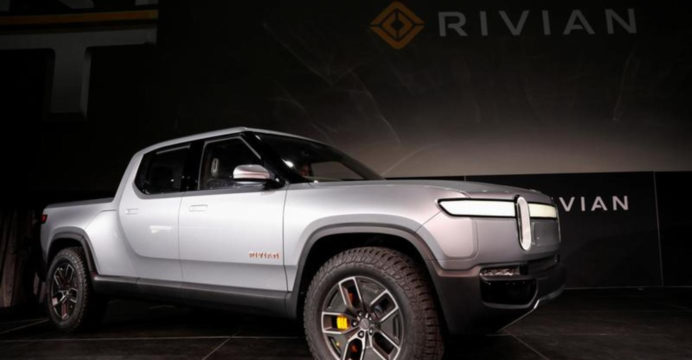 Rivian confidentially filed paperwork with regulators for an IPO

Electric vehicle maker Rivian said it has confidentially filed paperwork with regulators for an initial public offering, setting the stage for a blockbuster year-end market debut as it looks to tap into a red-hot IPO market in the U.S.

Rivian, which counts Amazon.com Inc, Soros Fund Management and BlackRock among its major investors, will seek a valuation of around $70-80 billion at the time of its initial public offering, two sources familiar with the matter told Reuters on Friday, reports Reuters.

At that valuation, Rivian would have a bigger market capitalization than General Motors Co, the largest U.S. automaker. But it would still be dwarfed by Tesla Inc, which boasts of a market cap of nearly $700 billion and is currently planning to build a pickup truck that would compete with Rivian’s own version.

Rivian’s stock market flotation is expected to lead the year-end line-up for U.S. IPOs, which have so far raised a record haul of over $225 billion this year, according to data from Dealogic.

Several other big names are expected to go public in the last quarter of the year, including the likes of chipmaker GlobalFoundries, restaurant software provider Toast and private equity giant TPG, among others.

Rivian did not provide any other details on its IPO plans on Friday. It is expected to lift the veil off its finances for the first time in a public filing in the coming weeks.

The company is one of the most well-funded startups in the United States. It raised $10.5 billion since the start of 2019, including $2.5 billion in July in a round led by Amazon and Ford Motor Co.

Founded in 2009 as Mainstream Motors in 2009 by RJ Scaringe, the company changed its name to Rivian in 2011. “Rivian” is derived from “Indian River” in Florida, a place Scaringe frequented in a rowboat as a youth.

Rivian is looking to start production of an electric pick-up and an SUV this year.

Rivian’s filing comes as automakers are racing to develop electric vehicles(EVs) as China, Europe and other countries and regions mandate lower carbon emissions.

In the United States, traditional carmakers such as GM and Ford are retrofitting plants for EV production, while Tesla, Taiwanese contract manufacturer Foxconn and several startups are expanding existing plants or are building them.

Earlier this month, Reuters reported that Rivian was in discussions to invest at least $5 billion in a new vehicle plant near Fort Worth, Texas.

Amazon has ordered 100,000 of Rivian’s electric delivery vans as part of the e-commerce giant’s broader effort to cut its carbon footprint.

This year, however, has not been without challenges for Rivian, as CEO Scaringe in July told customers the pandemic had delayed the launch of its vehicles.

Apart from Rivian, a slew of fast-growing EV startups have taken advantage of the capital markets boom in the past 12 months, especially with the rise of special purpose acquisition companies (SPACs).

The likes of Lucid Motors, Nikola Corp, Fisker Inc and Lordstown Motors Corp, have all chosen to merge with blank check firms to go public.