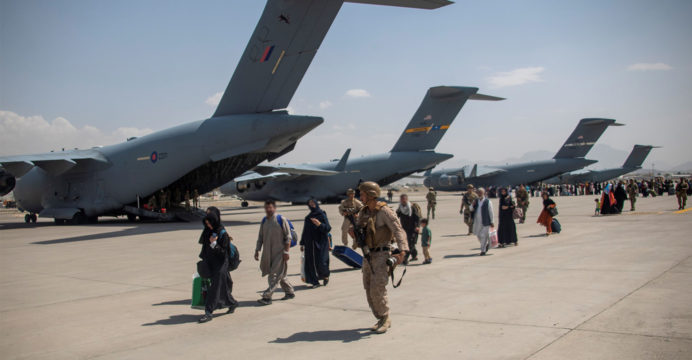 The Pentagon denied allegations on Thursday that it was planning to stop evacuating troops from Afghanistan by this weekend, saying that operations from Kabul airport will continue until August 31.

“In Kabul, evacuation procedures will take longer than 36 hours to complete. We’ll keep evacuating as many people as we can until the mission is through “According to John Kirby, a spokesman for the Defense Department.

France, Canada, Hungary, the Netherlands, and other key US allies have already indicated that their evacuation flights have been halted or will be halted soon, and Germany is expected to end its flights by Friday, citing intelligence that suicide bombers are threatening the Kabul airport.

Since the international airlift began on August 14, a total of 95,700 people have been carried out of the US-controlled Kabul airport, including Afghans and other nationalities.

President Joe Biden announced on Tuesday that the US will meet its August 31 target for removing all soldiers from Afghanistan, bringing the two-decade US-led war to a close.

The evacuation operation had to stop on August 31, according to a Taliban spokesman. The Taliban took Kabul on August 15 to cap a rapid campaign against government forces.