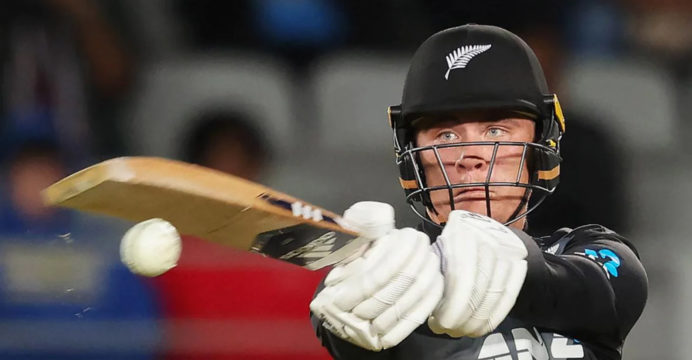 New Zealand cricket revealed to the media on Tuesday that Kiwi batsman Finn Allen had tested positive for Covid-19. Allen has minor coronavirus symptoms, according to the doctors.

On Monday, the Blackcaps arrived in Bangladesh for a five-match T20 International series against Bangladesh.

Allen and Colin de Grandhomme, on the other hand, arrived on the 20th of August after playing in England’s “hundred” league. They were placed in quarantine in a Dhaka hotel room.

In the absence of Kane Williamson, Tom Latham will lead New Zealand on their white-ball tours of Pakistan and Bangladesh, which begin in September. On both tours, the opener will serve as the leader in white-ball formats.

Due to their engagement in the IPL, several first-team players, including Williamson, Trent Boult, Kyle Jamieson, and Lockie Ferguson, will be absent for part of the tour.

In September, New Zealand will play Bangladesh in five Twenty20 Internationals, followed by three ODIs and five T20Is in Pakistan.