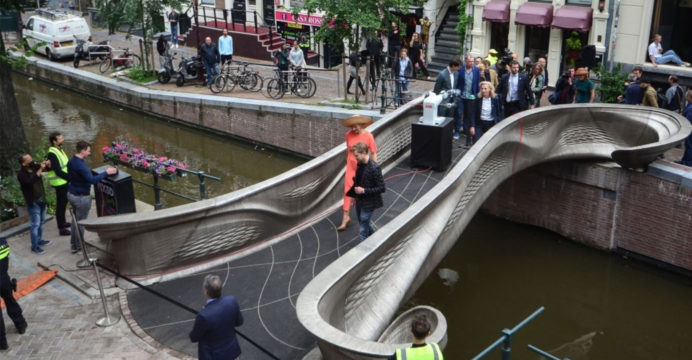 With the installation of the world’s first 3D-printed steel footbridge in Amsterdam, scientists and academics are thrilled about the prospect of 3D print technology drastically reducing future construction costs.

On July 15, Queen Máxima of the Netherlands and a robot co-opened the innovative 12-metre building on Oudezijds Achterburgwal Canal in Amsterdam’s Red Light District for pedestrian traffic.

The Alan Turing Institute, Imperial College London, and MX3D, a Dutch firm, collaborated on this initiative, which unlocked the immense potential of 3D printing technology. 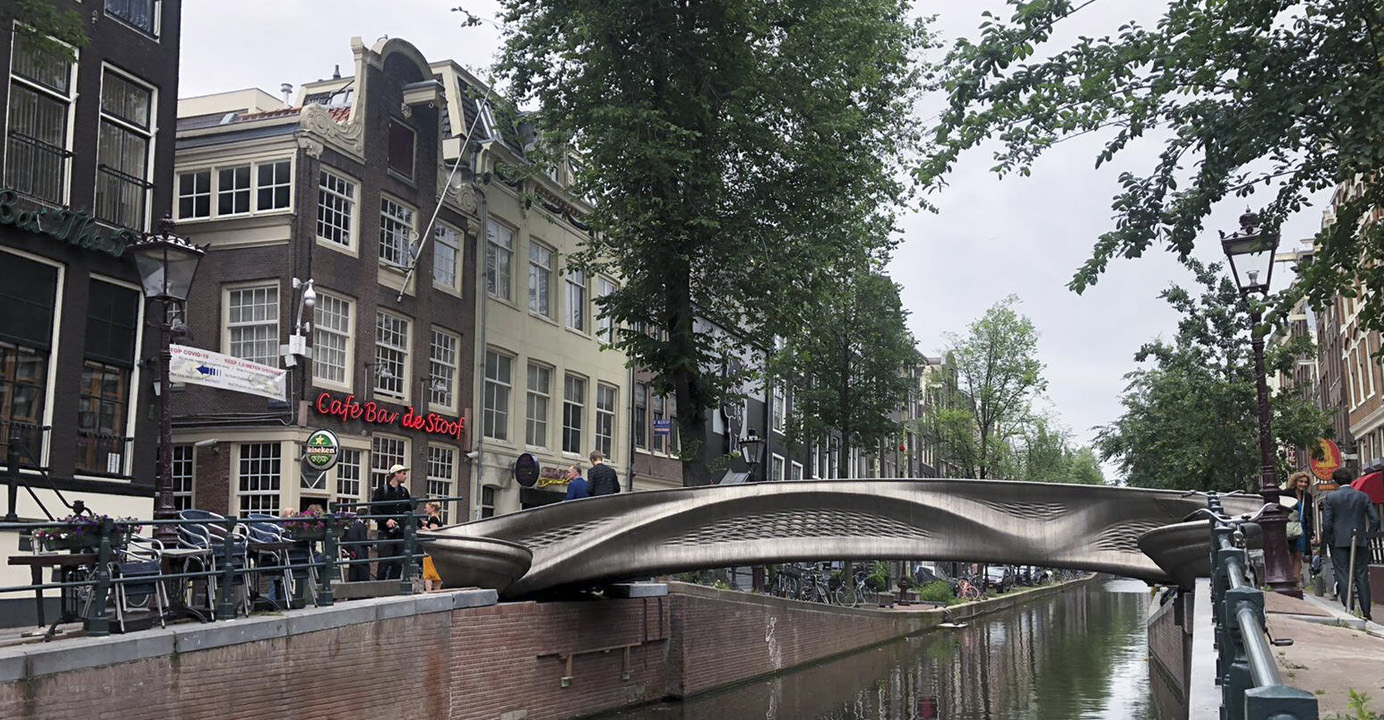 Researchers and engineers will be able to use the data to track the bridge’s health in real-time, see how it changes over time, and learn how the public interacts with 3D-printed infrastructure.

The sensor data will be entered into a “digital twin” of the bridge, a computerized replica that will imitate the physical bridge with increasing accuracy in real-time as new sensor data is received.

The physical bridge’s performance and behaviour will be compared to the twin, which will help answer questions about 3D-printed steel’s long-term behaviour, as well as its use in real-world contexts and in future unique building projects.