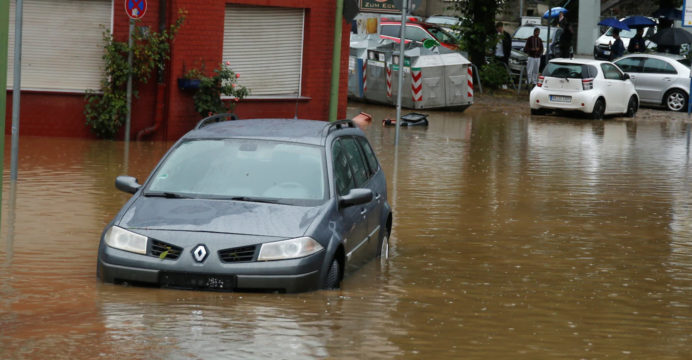 Local officials announced Tuesday that the death toll from the disastrous floods in Germany has risen to 169, bringing the overall number of deaths in Europe to at least 200.

Emergency services spokesperson Aaron Klein told AFP that a total of 121 people have died in Rhineland-Palatinate, up from the previous number of 117 in the western German state.

Merkel vowed immediate financial assistance after touring one of the districts hardest hit by the record rainfall and floods that have killed at least 157 people in Germany in recent days, making it the country’s worst natural disaster in over six decades.

She also stated that nations must improve and accelerate their efforts to combat the effects of climate change, just days after Europe unveiled a plan to achieve “net zero” emissions by the middle of the century.