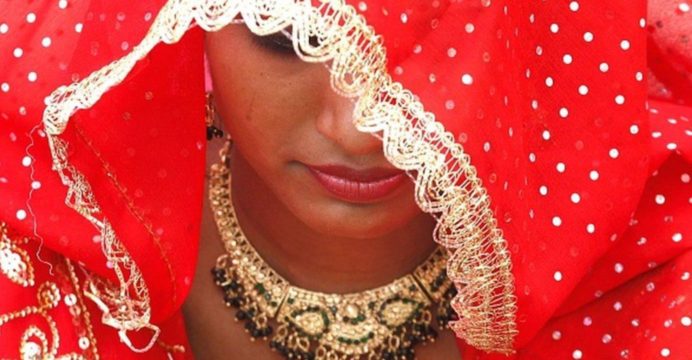 Dowry payments in India’s villages have been largely stable over the past few decades, a World Bank study has found. Researchers looked at 40,000 marriages that took place in rural India between 1960 and 2008.

They found that dowry was paid in 95% of the marriages even though it’s been illegal in India since 1961. The practice, often described as a social evil, continues to thrive and leaves women vulnerable to domestic violence and even death, reports BBC.

Paying and accepting dowry is a centuries-old tradition in South Asia where the bride’s parents gift cash, clothes and jewellery to the groom’s family.

The study was based on dowry data from 17 Indian states that contain 96% of India’s population. It focussed on rural India since a majority of Indians continue to live in villages.

Economists S Anukriti, Nishith Prakash and Sunghoh Kwon used information on value of gifts – cash and kind – received or given at the time of marriage.

They found the average net dowry had been “remarkably stable” over time, with some inflation before 1975 and after 2000.

And the researchers found that a groom’s family spends on average about 5,000 rupees ($67; £48) in real terms in gifts to the bride’s family.

Dowries consume a substantial proportion of household savings and income: in 2007, the average net dowry in rural India was equivalent to 14% of annual household income.

“As a share of income, dowry has gone down over time because on average rural incomes have risen in India,” said Dr Anukriti, an economist at the World Bank Research Group.

“But this is just an average claim – to calculate how large dowry is relative to household income for each household, we will need data on household income or expenditure, but unfortunately we don’t have such data available,” she said.

A lot has changed in India between 2008 and now. But researchers say the trends or patterns of dowry payments were not likely to be too different today in the absence of any “dramatic changes or structural breaks in marriage markets, laws, human capital of men and women and women’s labour market outcomes”.

The study also found that dowry was prevalent in all major religious groups in India. Interestingly, Christians and Sikhs showed a “striking increase in dowry”, leading to higher average dowries than Hindus and Muslims.

Another interesting finding was the substantial differences in states over time. The southern state of Kerala showed a “stark and persistent dowry inflation” since the 1970s and had the highest average dowry in recent years, the study found. Other states such as Haryana, Punjab and Gujarat also registered inflation in dowry. On the other hand, average dowry decreased in states of Odisha (formerly Orissa), West Bengal, Tamil Nadu and Maharashtra.

“We don’t have definitive answers about these differences. We hope to explore this question in future research,” Dr Anukriti said.

In a paper published in January, economists Gaurav Chiplunkar and Jeffrey Weaver used data from more than 74,000 marriages in India over the last century to explain how the dowry system had evolved over time.

The researchers found that the proportion of Indian marriages including dowry payments doubled between 1930 and 1975, and the average real value of dowry payments tripled. But post-1975, there was a decline in average dowry size.

They estimated that the total value of dowry payments in India between 1950 and 1999 was nearly a quarter of a trillion dollars.