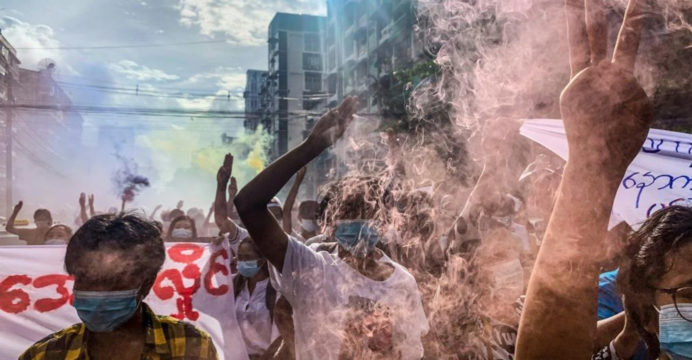 25 killed in anti-junta fighting in Myanmar

Myanmar’s security forces have killed 25 people opposed to the country’s junta government on Friday. The country’s local media reported on Sunday that rebels clashed with Myanmar security forces in the town of Depain in the Sagaing region, 300 kilometers from the Myanmar capital Naypyidaw. The country’s military spokesman did not comment on the incident.

Violence has spread across the country since Myanmar seized power in a junta coup last February. Locals in different areas have formed defence forces and started fighting against the brutal junta. However, most of the clashes took place in remote areas.

A resident of Depain said troops disembarked from four trucks near the village last Friday morning. The youths of the local defense force took position to stop them.

But they had locally made weapons in their hands. They retreated from the heavy shelling of the security forces. Twenty-five bodies were recovered after the fight.

The same number has been reported on the BBC Burmese and the local Thane Levin Khet News.
But Depian’s People’s Defense Force said on their Facebook page that 18 of their members had been killed. 11 people were injured.

A defense force called the People’s Defense Forces has been formed to resist the junta in Myanmar. They have ties to the National Unity Government, a shadow government formed as a rival to the country’s military administration.

Many civilians have been killed in clashes between protesters and law enforcement in the country, according to an AFP report.