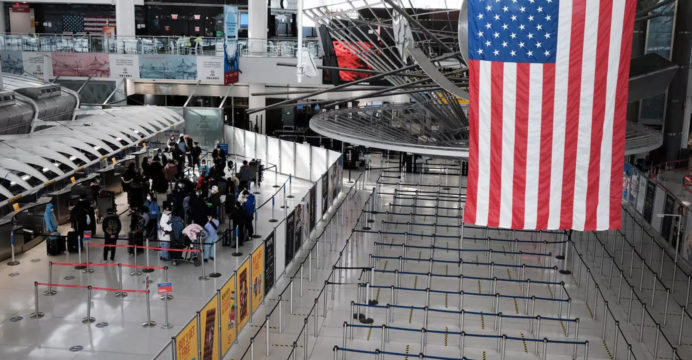 The Biden administration is under pressure from a major business group and diplomats to scrap a travel ban on Europeans, as investment from the continent in the United States plunged by nearly a third last year.

While countries in the European Union have reopened their borders to Americans who are vaccinated or test negative for Covid-19, the United States has not reciprocated, to the frustration of the business world.

The US Chamber of Commerce on Friday urged Washington to allow the return of European travellers “as soon as possible.”

“The resumption of safe transatlantic travel is critically important for our nation’s economic recovery, as in-person business engagements and international tourism will help drive economic growth and job creation for Americans across the country,” said Marjorie Collins, the chamber’s senior vice president for European affairs.

Travellers from the Schengen zone, Britain and Ireland have been banned from entering the United States since March 2020.