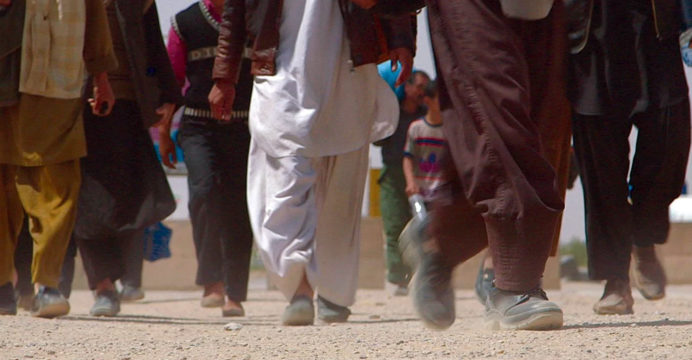 Plans have been announced for the rapid relocation of more than 3,000 Afghans to Britain. They will be allowed to live in Bitten permanently. The plan was announced amid growing fears of a withdrawal of foreign troops from Afghanistan and the seizure of power by Taliban fighters.

Hundreds of Afghans worked as interpreters for the British military and various British government agencies in Afghanistan, according to the BBC. Once foreign troops leave Afghanistan, these Afghan civilians who act as allies of “enemies” could become targets for the Taliban. And so the decision was made to save the peoples from the Taliban as soon as foreign troops left the country.

More than 3,000 Afghans, including family members of those who have worked as interpreters for various agencies, including foreign military forces, are expected to receive permanent residency in the UK, the report said. Of these, 1,300 have already migrated to the country.

UK Defense Secretary Ben Wallace called it the “only way” to move the process forward. He said those who could be targeted by the Taliban in retaliation for the absence of foreign troops were being evacuated from Afghanistan.

UK Home Secretary Preity Patel has described the issue as a “moral obligation”.

The operation toppled the country’s then-Taliban government but did not eliminate the Taliban from the root. Statistics show that more than 2,000 US troops and more than 100,000 Afghan civilians have been killed in the nearly two-decade-long war. USA has so far spent nearly USD 6 trillion on the longest war in US history.