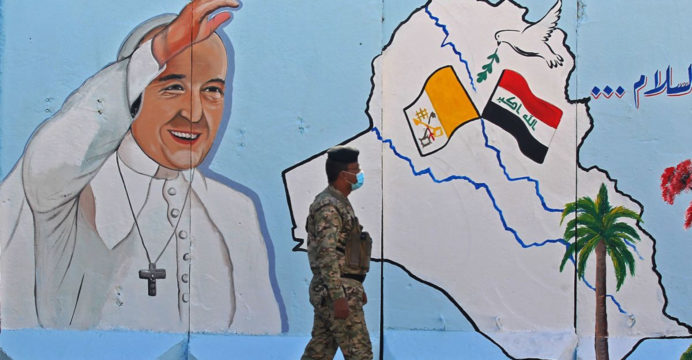 Pope Francis is to start the first-ever papal visit to Iraq on Friday, an act of solidarity with an ancient but dwindling Christian community and a symbolic outreach to Muslims.

The trip comes as Iraq, ravaged by decades of conflict, faces a second deadly wave of coronavirus infections and renewed violence.

Persecution has already slashed the country’s Christian community — one of the world’s oldest — from 1.5 million in 2003 to just 400,000 today.

The 84-year-old pontiff plans to voice solidarity with them and the rest of Iraq’s 40 million people during an intense week of visits nationwide. 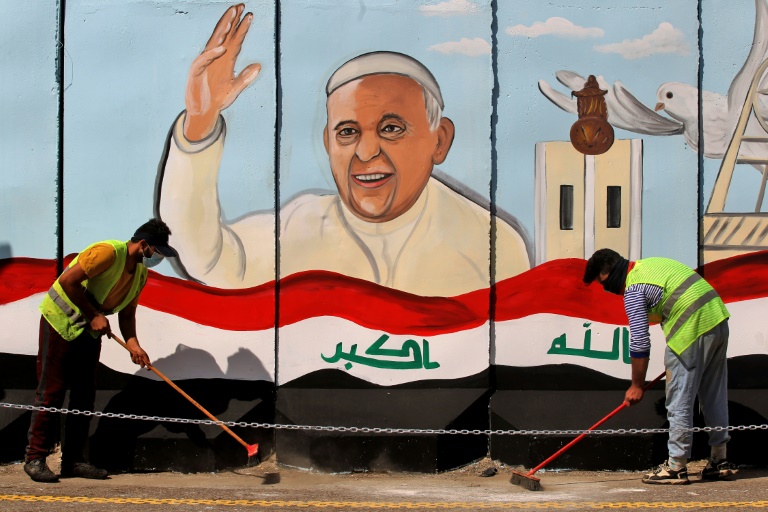 From Ur, the birthplace of the Prophet Abraham in the southern desert, to ravaged Christian towns in the north, roads are being paved and churches rehabilitated in remote areas that have never seen such a high-profile visitor.

“The Pope’s message is that the Church stands beside those who suffer,” said Najeeb Michaeel, Chaldean Catholic Archbishop of the northen city of Mosul.

“He will have powerful words for Iraq, where crimes against humanity have been committed.”