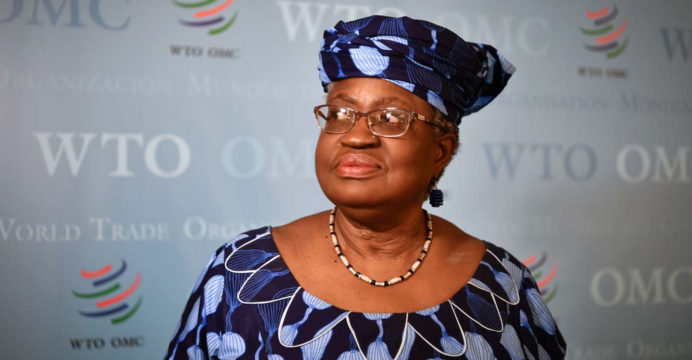 US President Joe Biden’s administration on Friday offered its “strong support” to Nigeria’s Ngozi Okonjo-Iweala to lead the World Trade Organization (WTO), clearing a path for her to become the body’s first female and first African leader.

The move marks another sharp split with former President Donald Trump, who paralyzed the organization and opposed the candidacy of the former Nigerian finance minister who was backed by many other countries.

The US Trade Representative in a statement cited her “wealth of knowledge in economics and international diplomacy” and said she had “proven experience managing a large international organization”.

USTR also noted that South Korea’s trade minister — whom the Trump administration supported — had abandoned her bid to head the WTO earlier Friday.

The process to name a successor for Roberto Azevedo, who stepped down last August, had been deadlocked for months.

Okonjo-Iweala later said on Twitter: “Grateful for the expression of support from the US today.”

The next regular meeting of the Geneva-based organization’s General Council, where the leadership issue could be discussed, was not until March 1, WTO spokesman Keith Rockwell told AFP.