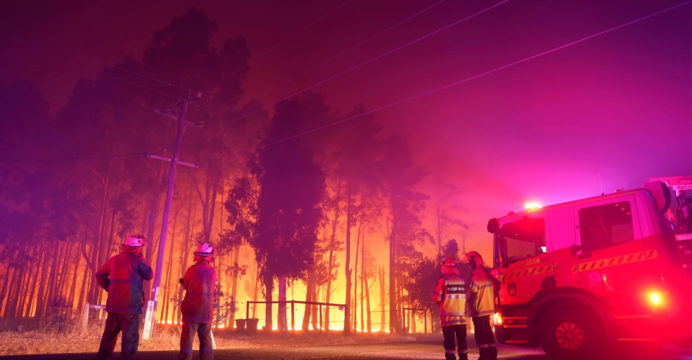 At least 81 homes have been destroyed in the blaze at the Perth Hills, on the eastern fringes of Australia’s fourth-biggest city, with surveys of areas burned earlier this week adding another 10 to the tally Thursday.

Western Australia state Premier Mark McGowan said the devastation caused was “almost too much to comprehend”.

But after “a bleak couple of days”, he said, firefighters managed to keep the flames at bay overnight as the blaze threatened homes in more populous areas.

Seven firefighters have sustained minor injuries but no deaths have been reported in the bushfire, which has scorched 10,000 hectares (24,700 acres) since it was sparked Monday.

It comes about a year after Australia was hit by unprecedented climate change-fuelled bushfires, devastating whole communities and wiping out billions of animals.

More than 3.5 million hectares were burned across Western Australia during 2019-2020 but the state was largely spared the loss of properties and lives seen in the country’s more densely populated southeast.