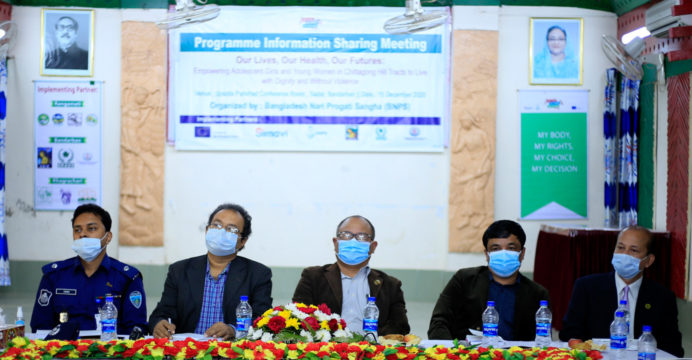 “Our Lives, Our Health, Our Futures” programme information sharing meeting held in Bandarban

A sharing meeting of the “Our Lives, Our Health, Our Futures” programme has been taken place today, 15 December 2020 which was organized by Bangladesh Nari Progati Sangha (BNPS) and supported by AKS, GRAUS, and Tahzingdong. The meeting took place in the Bandarban Sadar Upazila Parishad conference room.

The meeting started with a welcome speech by the Executive Director of AKS, Daw Nai Prue Naly. After her speech, three female mentors expressed their thoughts and learnings. Later a project brief and one-year progress were presented by Sumit Banik, Master Trainer of Bangladesh Nari Progati Sangha (BNPS). In the open discussion session, participants said that collective initiative is needed to make a violence-free society for girls and women. 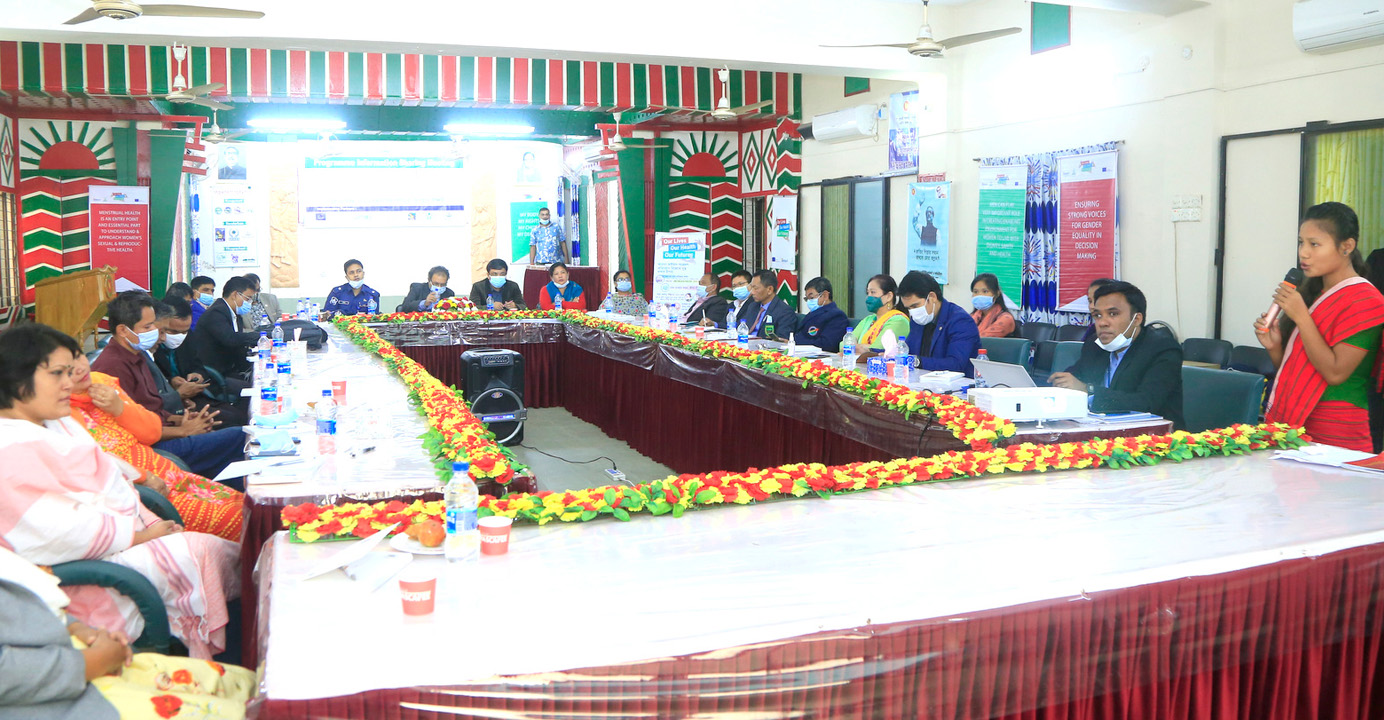 To establish the rights of women in society it is equally important to aware of males and boys. Not even the well-educated people discuss the SRHR and MHM issue among them. In the hill districts, where people live in the most challenging geographical location, where the education rate is too poor, they can not even think about the issues on SRHR and MHM. So, it is a very effective and timely taken initiative for the people of the hill tracts. This open discussion part was moderated by the Executive Director of Tahzingdong, Ching Shing Prue

Additional SP, Mohammad Reza Sarwar said, “Counseling is needed to reduce the child marriage. The Culture of the hill tracts is a little bit different. Here early marriage is common. Sexual violence is often minimized traditionally. As a result, girls or women do not get justice.

“How the three mentors shared their experiences is one of the tremendous achievements of the project, said the Assistant Commissioner (Land) Rowangchhari, Mishkatul Tamanna. She also said, “Women are the half part of the nation. If they are well treated, they will progress surely. So, this initiative must be well appreciated. 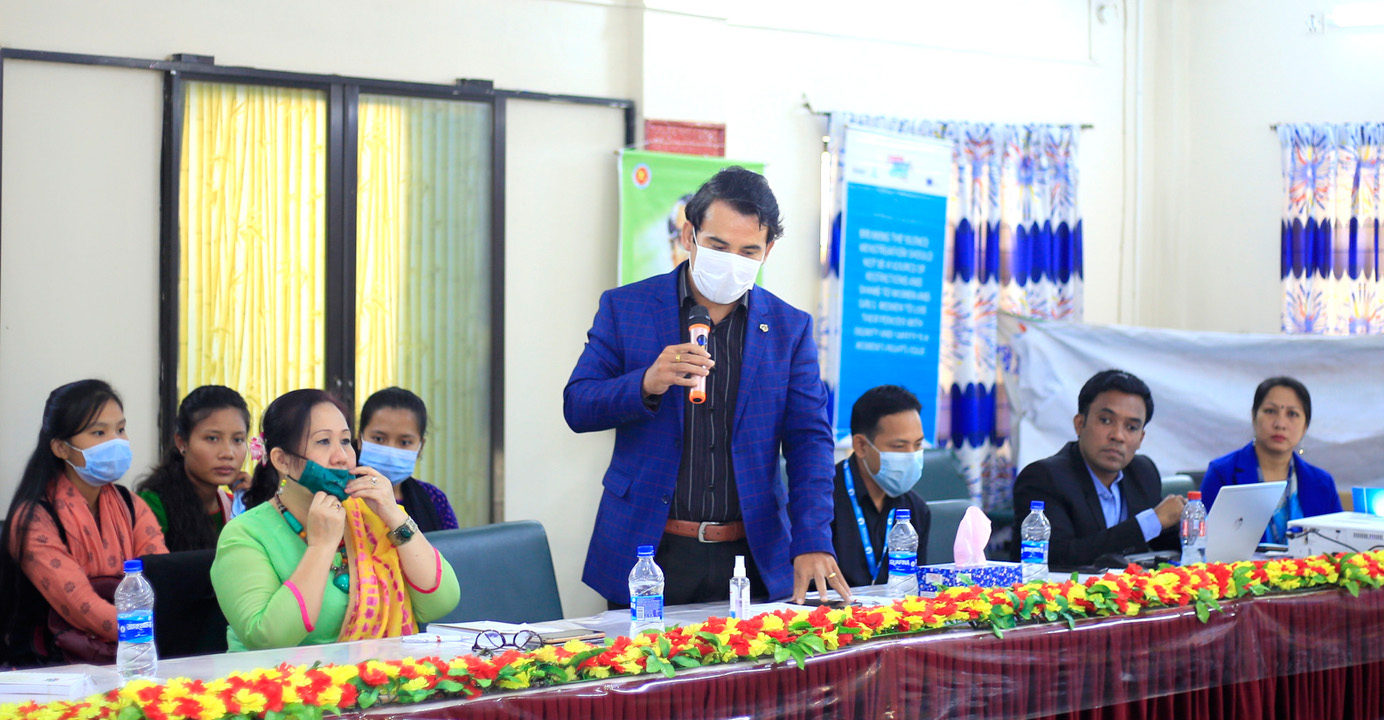 In his speech, Deputy Director Civil Surgeon, (CSO) Dr. Mauna Tina Neo said, “Women is the backbone of Democracy. So, they should be grownup confidently. In that case, they might be taught and aware of their rights and services they deserve.

Deputy Director of Family Planning, Aung Thaloo said, “Besides family planning, we are working with adolescent health and also gender-based violence. Adolescent age is a transitional as well as sensitive age. To achieve the SDG goal these adolescents should be aware of their rights and their health facilities should be developed more. In this case, the public-private initiative is very much important. 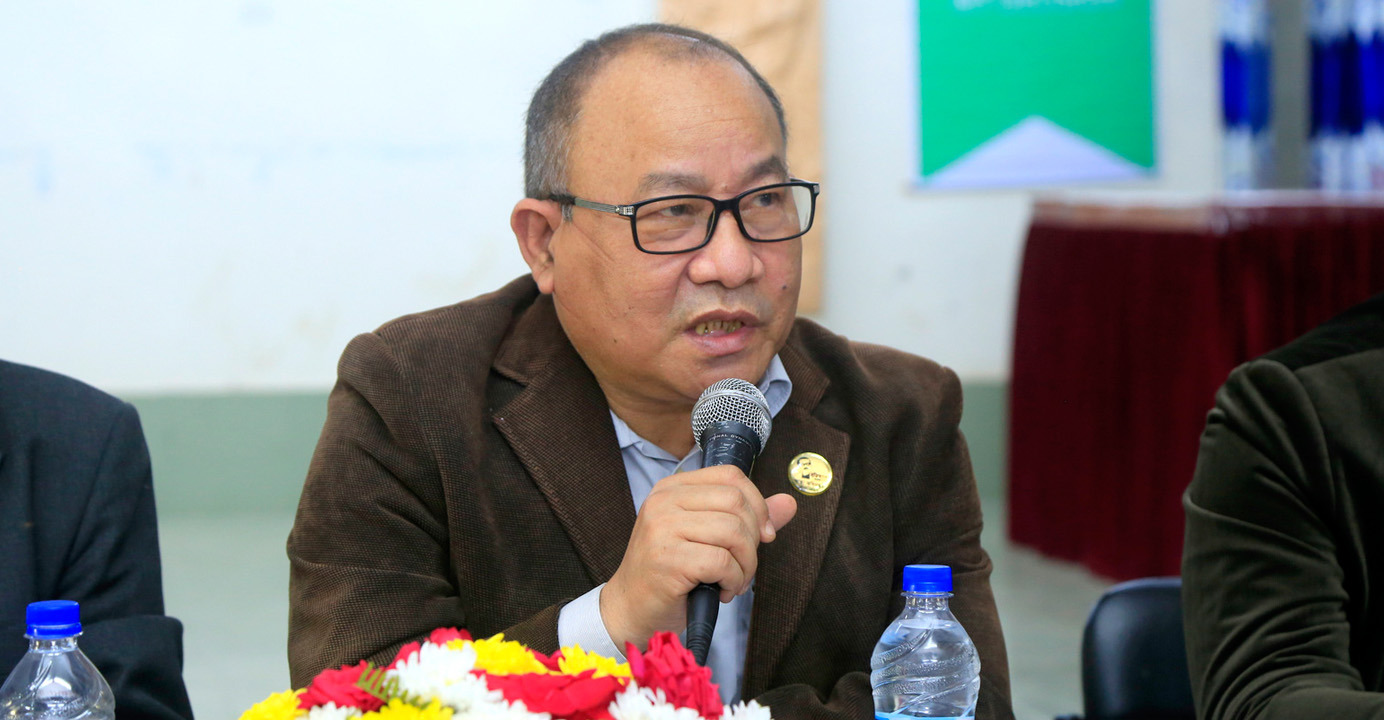 Civil Surgeon, Bandarban District, Dr. Aung Swi Prue Marma said, “Adolescents feel easy to share their feeling with their mothers rather than the father. If the mother is well educated about a health concern, the growth of the children becomes strong. But on the other hand, it is equally important to aware of the fathers also. If the fathers are not aware, the only mother cannot make their children aware and concern about their rights. In the schools, proper sanitation facilities are absent. As a result, many of the girls keep absent from the class during their menstruation. So, it is important to think about the adolescent-friendly toilet establishment in the school so that none of the students remain absent in the school.

In the closing session, Sanjoy Majumder, Project Manager, Bangladesh Nari Progati Sangha (BNPS) said, “People in the remote area of the hill districts do not know properly about the health service provided by the government. So, this project intent to link up with the service providers of respective line departments and community people. It will also focus to establish a menstrual-friendly environment in the schools including all wash facilities. 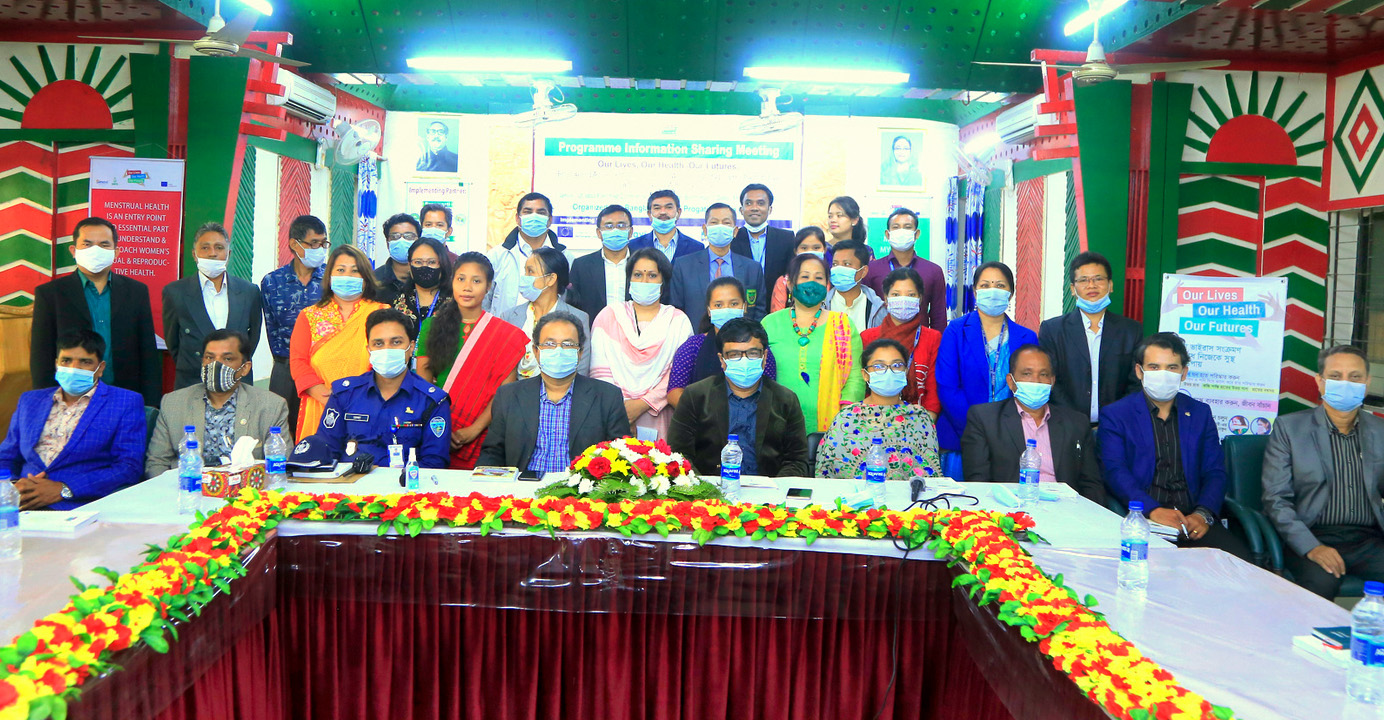 “Our Lives, Our Health, Our Futures” a programme that aims to ‘Empowering adolescent girls and young women in Chittagong hill tracts to live with dignity and without violence’. Bangladesh Nari Progati Sangha (BNPS) and Simavi initiated this 5-years project at Bandarban, Rangamati, and Khagracchari which is funded by the European Union. 10 local CSOs from Chittagong hill tracts are implementing this project. This 5-years project started in 2019 and will end up in 2023.