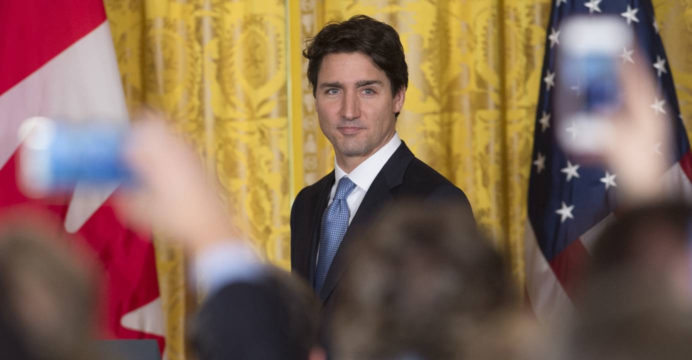 Canada’s goal is to win the 2030 climate target: Trudeau

The Prime Minister of Canada Justin Trudeau announced on Friday that his country’s annual carbon tax will increase by 15 Canadian dollars (US 12) per tonne from 2022 onwards. At the same time, he spoke of investing billions of dollars in new ways to achieve the goal of climate change. News from AFP.

Already last year, the value of carbon pollution is expected to rise sharply to 50 Canadian Dollars per tonne in 2022.

“There is no vaccine against the polluted planet,” Trudeau said. But the fair price of pollution depends on our actions. ”

The government’s climate update plan includes 74 new measures and could see a 15 billion investment in restoring energy efficiency, increasing transit and use of electric vehicles, as well as modernizing Canada’s electric grid.

Canada pledges to reduce CO2 emissions by 30 percent below the 2005 level by 2030 under the Paris Agreement. In a briefing document, the government stated that “Canada believes that by 2030 it will be able to reduce its share by 32 to 40 percent from 2005.”

Trudeau’s government unveiled a draft law on Thursday. It says the country will be carbon neutral by 2050, but opponents have dismissed the initiative as “smoke and mirrors.”