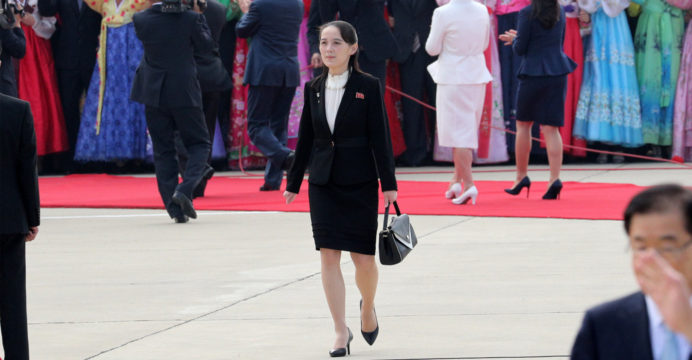 The sister of North Korean leader Kim Jong Un has slammed the South’s foreign minister as “impudent” for casting doubt over Pyongyang’s claim that the country has no coronavirus cases, state media reported Wednesday.

Nuclear-armed Pyongyang closed its borders in January, sealing itself off from the outside world in an effort to avoid contamination, and has long insisted that it has had no cases.

Kim himself reiterated the claim at a huge military parade in October.

Experts suggest it is unlikely, given that the virus first emerged in neighboring China, its main provider of trade and aid.

South Korean Foreign Minister Kang Kyung-wha told a forum in Bahrain on Saturday that it was “hard to believe” that the North had no coronavirus cases, adding that Pyongyang had been unresponsive to Seoul’s offers to help tackle the disease.

The pandemic “in fact has made North Korea more North Korea — ie more closed, very top-down decision-making process where there is very little debate on their measures dealing with Covid-19”, Kang said.