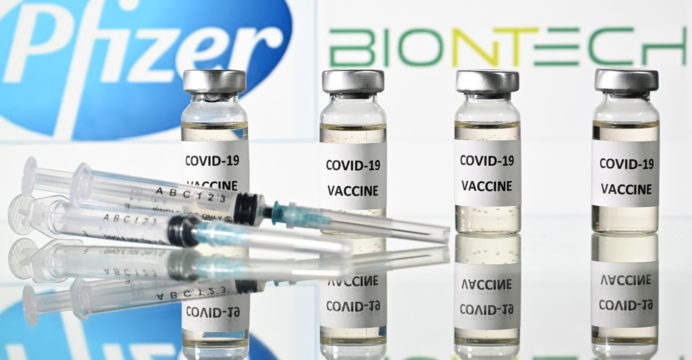 US-based biotech giant Pfizer and German ally BioNTech sought approval Friday to roll out their coronavirus vaccine early, the first step towards relief as surging infections prompt a return to shutdowns that traumatized nations and the global economy earlier this year.

The world is looking to scientists for salvation from the global pandemic. The US Food and Drug Administration (FDA) stated its vaccines committee would meet on December 10 to discuss the request for emergency use authorization.

“The FDA recognizes that transparency and dialogue are critical for the public to have confidence in COVID-19 vaccines,” the organization’s head Stephen Hahn said in a statement.

He stated he could not predict how long the review would take, but the federal government said earlier the final green light would probably come in December.

Pfizer chief executive Albert Bourla called the filing “a critical milestone in our journey to deliver a COVID-19 vaccine to the world.”

The BioNTech/Pfizer shot and another one being developed by the US firm Moderna has taken the lead in the global chase for a vaccine.

EU Commission president Ursula von der Leyen said the European bloc could also approve both before the end of the year.