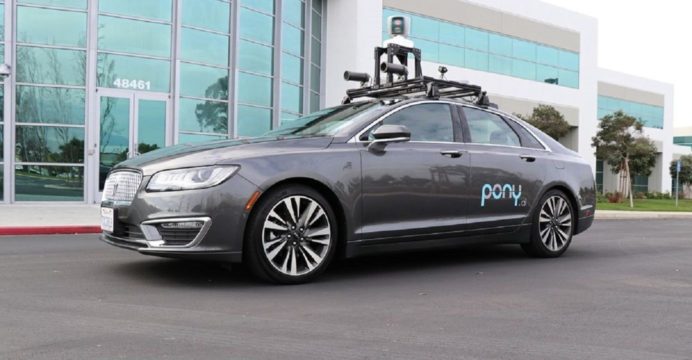 Pony.ai raised $267 million in the initial phase of its fundraising

Pony.ai, backed by Toyota Motor Corp, said on Friday it has raised $267 million in the initial phase of its fundraising round that values the self-driving startup at $5.3 billion, as it seeks to boost its presence in the United States and China.

The latest funding, which comes just eight months after the company’s $462 million fundraising, makes Pony.ai one of the most valuable independent autonomous driving startups, with higher valuation than rivals Aurora and Nuro, according to data provider Pitchbook, reports Reuters.

The investment comes at a time when global automakers, technology firms, startups and investors – including Tesla, Alphabet Inc’s Waymo and Uber – are pouring capital into developing self-driving vehicles.

Fremont-based Pony.ai, which is also backed by Sequoia Capital China and Beijing Kunlun Tech Co, plans to use the funding to develop technology and expand its fleet.

The company tests its vehicles in Fremont, Irvine, and in Chinese cities of Guangzhou and Beijing and also recently launched an operation site in Shanghai.

The firm is showcasing its autonomous Lexus sport-utility vehicle and an FAW’s truck at the China International Import Expo, or CIIE, an annual import show in Shanghai that started on Wednesday and runs into the next week.