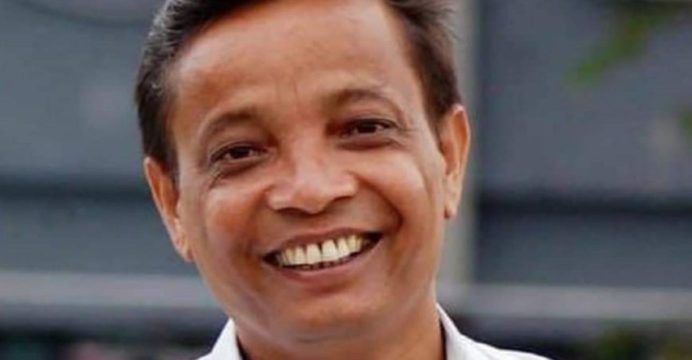 Journalists’ Forum Assam (JFA) mourns the untimely demise of journalist Pradip Kr Gogoi (53), who breathed his last on 30 October 2020 after suffering from diabetes aggravated ailments for a few years. The former NETV, DY365 and Prime News correspondent at Duliajan died undergoing treatments at a Dibrugarh hospital. He left behind his father, wife, one son, one daughter other relatives and well-wishers.

It may be mentioned that nine years back, Gogoi accompanied city-based acclaimed journalist Rajeev Bhattacharyya in a media assignment to the rebel bases inside Myanmar to interview Ulfa leader Paresh Baruah and NSCN(K) chairman SS Khaplang. They succeeded in the mission to interact with the top militant leaders at Taga near Chindwin river.

However, some vested interests spread rumour that both of them were detained by the Burmese forces from somewhere in Myanmar-China border areas. They remained untraced for many days and a PTI report on 4 December 2011 narrated their detention inside the neighboring country. However later it was found that news about their detention was not based on facts.

JFA president Rupam Barua and secretary Nava Thakuria took an initiative to appeal to the then Prime Minister Dr Manmohan Singh on 6 December urging the Union government in New Delhi to step in the matter so that both Bhattacharyya and Gogoi could return home safely. As a great relief to the worried families and JFA members, both of them arrived back after nearly four months with completion the assignment.