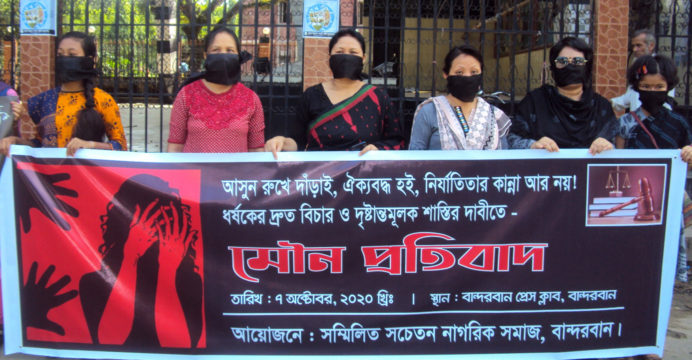 A silent protest was held in Bandarban on Wednesday (October 7) at 10 am at the Bandarban Press Club premises, organized by Sammilita Sacheton Nagorik Somaj, demanding a speedy punishment for rapists. Activists of the SAARC Human Rights Foundation, the National Network of Women’s Organizations (Durbar), and mass people have participated in it.

The organizers of the silent protest convey in a written statement, “Rape has become a social disease today; Naked revelry of rape is going on all over the country. In this age of civilization, women from the hills to the plains have been the victims of heinous barbarism. Even children are not exempt from rape. Rape is on the rise due to a lack of speedy trial. According to media reports, 889 women have been raped in the country from January to August this year. Of these, 41 have been killed after rape. As such, an average of 111 women has been raped every month this year.

Most cases are not prosecuted; the perpetrators get away with it. Rape and violence against women are not stopping in the country due to the culture of impunity and lack of rule of law. We are vocal in protest after an incident went viral on Facebook or social media, then respective authority is enabled. While many incidents are going on behind Facebook or the media, we do not even know. We have to protest the incident, at the same time we have to protest regularly so that such incidents do not happen again. 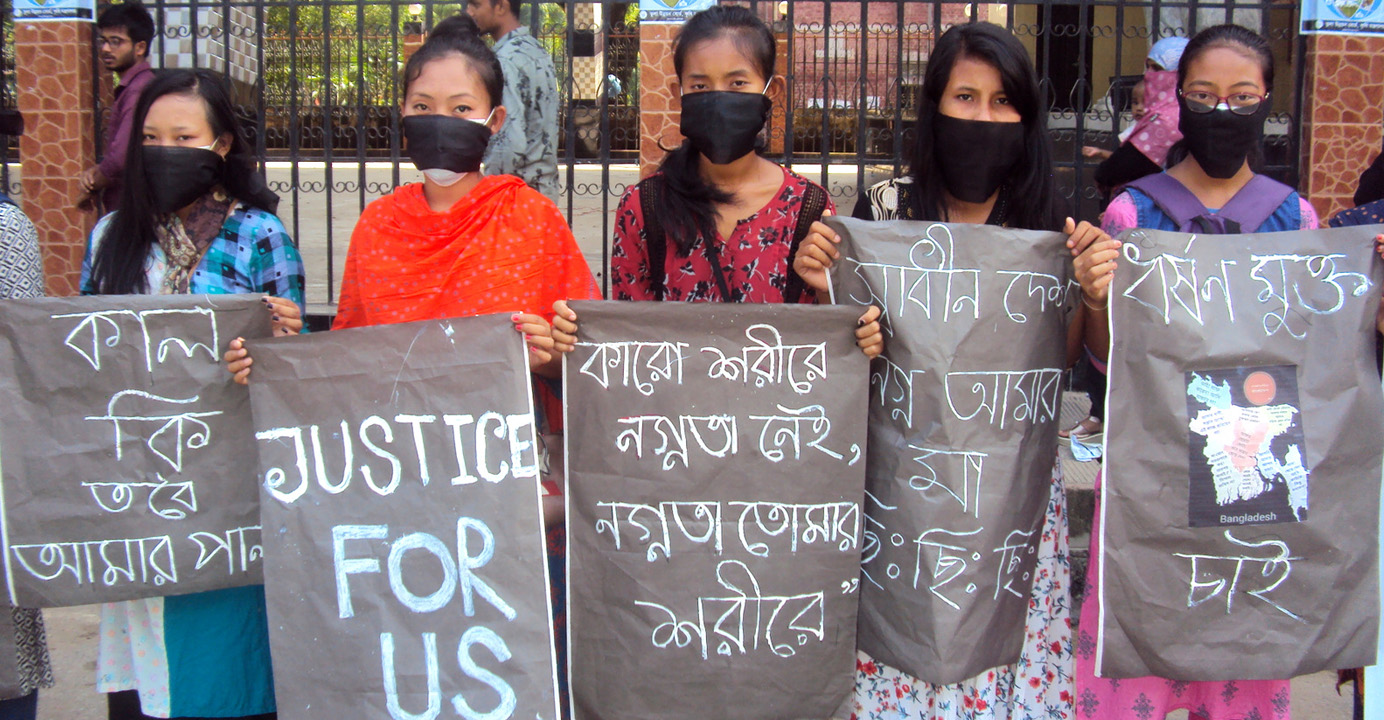 Besides, values, political influence in the judiciary, morality, and social degradation are also responsible. In addition, the lack of sexual and family education, the ubiquitous spread of western culture is further increasing the tendency of such crimes. There has also a fact of the misuse of modern technology in this regard.

Participants in the silent protest also displayed various protest messages against the rape by wearing black cloth on their faces through placards.