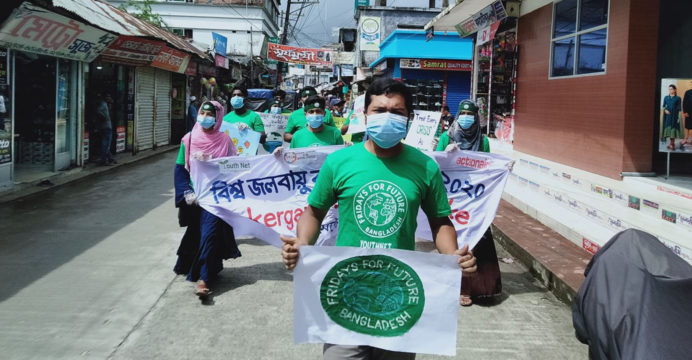 Members of the Youth Forum for Social Justice and Youthnet organized a climate strike and protest rally on the Barisal Kuakata Highway on September 25th as part of the global movement for Fridays for the future. At 9 am, the youths took position on the side of the road with poster placards in their hands.

Taking part in the program, SM Emdad said the narrow interests of rich countries are mainly responsible for climate change. Responsible is their consumerist way of life. But the position of these countries is narrow to reduce the risk of climate change. Although nearly four years have passed since the Paris Agreement was drafted, no effective steps have been taken to tackle climate change and its effects. Developed countries are pursuing maladministration to put pressure on developing countries to limit global warming to 1.5 degrees. They condemned this anti-politics and demanded speedy implementation of the Paris Agreement. 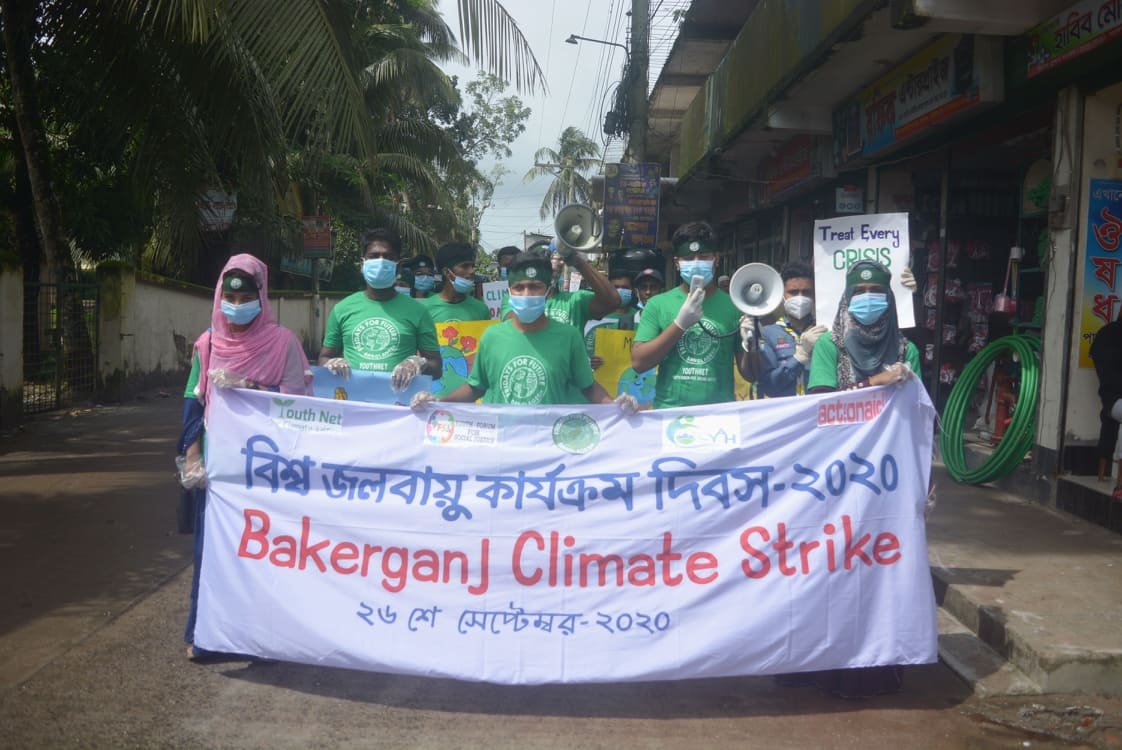 Shahriar Fahim, central president of the Youth Forum for Social Justice, said not only strikes but everyone should be aware. We have to protect the future.

At the end of the rally, they marched on Barisal Kuakata Highway and Bakerganj Sadar Road in front of Bakerganj Police Station and ended the rally.

Note that on August 20 last year, a Swedish schoolgirl (18-year-old Greta Thunberg) held a placard in front of the Swedish Parliament. It read, ‘School Strike for Climate’. School students from all over the world went on strike in solidarity with his initiative. Greta, a student from Sweden, and the youth of the world called for a global climate strike under the banner of ‘Global Climate Strike’ ahead of a special UN session on climate change.