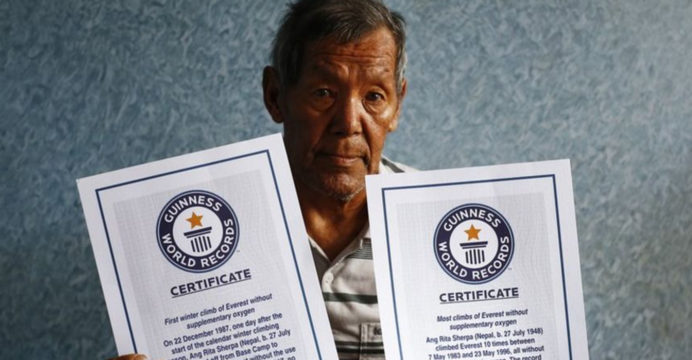 Nepali Sherpa Ang Rit, 72, the first person to climb Mount Everest 10 times, has died in his sleep after a long illness.

Sherpa Ang Rita, one of the first Sherpa guides to achieving international fame, has been suffering from various health problems for many years and has never climbed a mountain since she recorded her victory over Everest in 1996.

Her daughter, Dolma Lamo, said her father died in his sleep on Monday at a home on the outskirts of Kathmandu, Nepal’s capital.

Although Ang Rita was a national hero, she was in a financial crisis. He had liver and brain problems. He was airlifted to a hospital in Kathmandu from a hilly village in 1999 for treatment. He was hospitalized for a few months in 2017 due to brain disease.

Many climbers have broken Aung Rita’s record for the highest number of Everest conquests in her time. A man named Kami Rita (none of Aung Rita) has climbed the 29,235 feet peak 24 times in total.