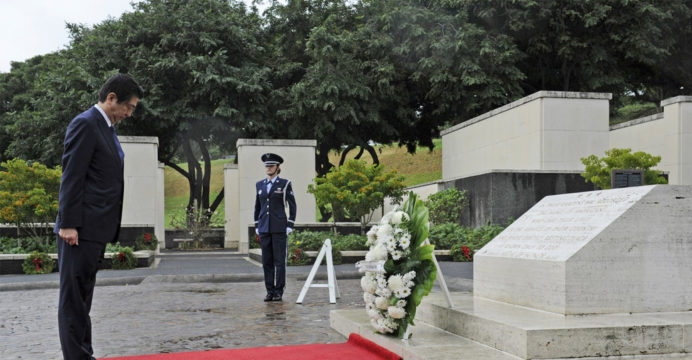 A few days after his resignation, Abe visited the war cemetery

Shinzo Abe, who resigned as Japan’s prime minister this week, visited a war cemetery on Saturday. Neighboring countries see it as a symbol of Tokyo’s harsh military regime in the past.

Abbey posted a picture of himself walking along a wooden corridor at the cemetery in central Tokyo on Saturday. In the photo, Abe, dressed in a dark suit, is seen guarding a white-clad Shinto priest.

The nationalist politician said, “Today I pay my respects at the Yasukuni Cemetery and dedicate my resignation as Prime Minister to the principles of heroic soldiers who gave their lives in the war.”
Abe announced his resignation late last month due to health complications and was replaced by Yoshihid Suga on Wednesday.