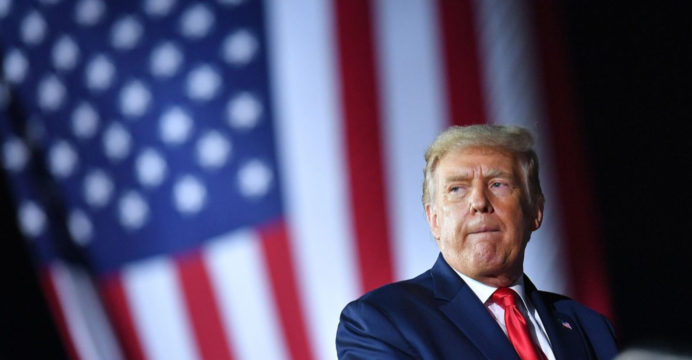 Trump will not attend UN General Assembly in person

POTUS Donald Trump will not attend next week’s UN General Assembly (UNGA) meeting in person, his chief of staff described journalists aboard Air Force One Thursday, according to a pool report.

The decision signifies an about-face for Trump, who last month stated he wanted to deliver his speech in the UNGA hall in New York, even if other world leaders are waiting away due to the coronavirus pandemic.

Mark Meadows, White House Chief of Staff concluded the discussion once and for all, telling reporters en route to Wisconsin, where POTUS Trump was to hold a campaign rally, that the president would not physically attend the UNGA’s 75th session, which will take place mainly by videoconference due to the health crisis.

The principal portion of this year’s UNGA, when world leaders take turns to give speeches, runs through the week beginning September 21 and ends on September 29.

In the opening statements Tuesday, Secretary-General Antonio Guterres emphasized this year’s focus on the global acknowledgment of the coronavirus pandemic plus “peace and security, disarmament, human rights, gender equality, and sustainable development.”