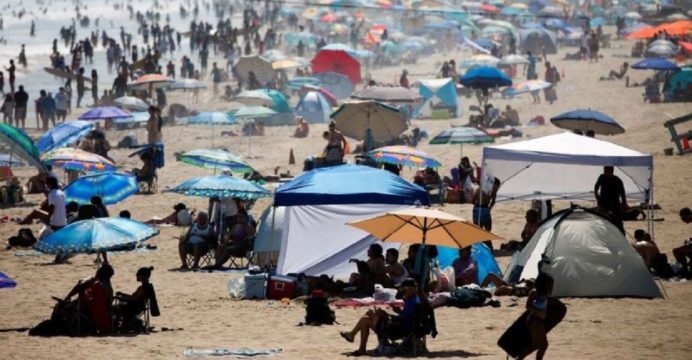 Coronavirus cases are rising in 22 states in USA

Coronavirus cases are increasing in 22 states in USA, as stated by a Reuters analysis, a worrisome trend on a Labor Day holiday weekend traditionally filled with family gatherings and parties to mark the end of summer.

As little as three weeks ago, cases were rising only in Hawaii, Illinois and South Dakota, as stated by an analysis comparing cases for the two-week period of Aug. 8-22 with the past two weeks.

Most of the 22 states where cases are now increasing are in the less-populated parts of the Midwest and South.

On a percentage basis, South Dakota had the most increase over the past two weeks at 126%, reporting more than 3,700 new cases. Health officials have linked some of the rise to hundreds of thousands of motorcyclists who descended on Sturgis, South Dakota, for an annual rally last month.

Cases are also increasing fast in Iowa, with 13,600 new infections in the past two weeks, and North Dakota, with 3,600 new cases in the same period.

The risings are masked countrywide by decreasing new infections in the most populous states of California, Florida and Texas.

In California, cases fell by 39,000 over the past two weeks compared with the prior two weeks, compared to a 37,000-case increase in the 22 states in the same period, according to a Reuters analysis of state and county data.

While cases nationally have dropped from a peak in July, the United States is going into the Labor Day holiday weekend with an average of 44,000 new cases a day — double the number ahead of the May 23-25 Memorial Day weekend, reports Reuters.

At the same time, the United States continues to average about 1,000 new deaths from COVID-19 each day, with the total number of lives lost approaching 190,000 — the highest death toll in the world.