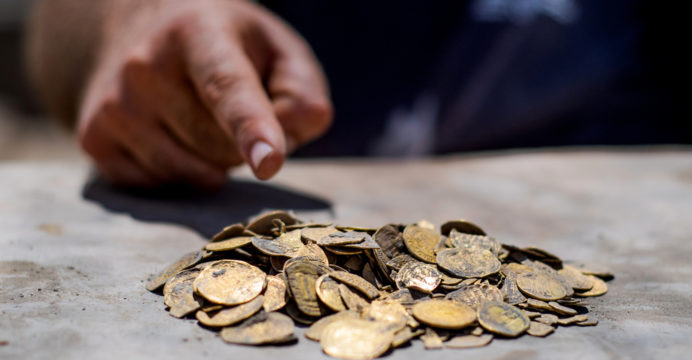 Rare gold coins of the early period of Islam were found

Israeli archaeologists said Monday (August 24th) that they had recently found a collection of early Islamic coins during excavations near the central city of Yavan.

Archaeologists from the Israeli Antiquities Authority, Liat Nadav-Jiv, and Eli Haddad, stated in a joint statement that 425 gold coins had been found from the Abbasid period, about 1,100 years ago. This is a “very rare” found.

According to the Associated Press (AP), the collection, which was found by young volunteers, also contained hundreds of small broken pieces of gold coins.

Robert Cool, a currency expert at the Antiquities Authority, says preliminary analysis indicates that the coins date to the late ninth century, which is considered the golden age of the Abbasid Caliphate. They then controlled much of the Near East and North Africa. This is the largest discovery of ancient coins in Israel.