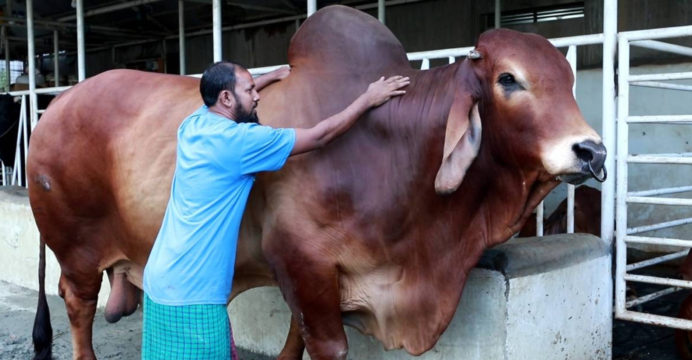 27,000 sacrificial animals were sold in the Bangladeshi online market

During the COVID-19 crisis, 27,000 cows, goats and other animals have been sold from the online market launched ahead of Eid-ul-Adha. After seeing the pictures online, the buyers bought more than three times as many cows directly from the farmer’s house and farm.

Dhaka North City Corporation and the E-Commerce Association of Bangladesh (E-CAB) said this at a joint press conference on Friday. Organizers told a news conference that 27,000 sacrificial animals had been sold online as of noon on Friday. Of these, 7,800 are cows, goats, and sheep sold on the online platform of Digital Hat and its associated merchant and e-cab members.

With one day left till Eid-ul-Adha, at least 5,500 cows and goats have been sold on district-based government platforms. Narsingdi district has the highest number of 516 sacrificial animals sold on government online platforms.

According to e-Cab, about 9,000 sacrificial animals have been sold from the online platform of the company, a member of the Bangladesh Dairy Farm Association, and 4,000 from Food for Nation.

It was also informed at the press conference that another 500 cows were sold from other platforms.